Piece of plane crashes on home of Louis and Adele in Belgium: ‘We are in shock’ 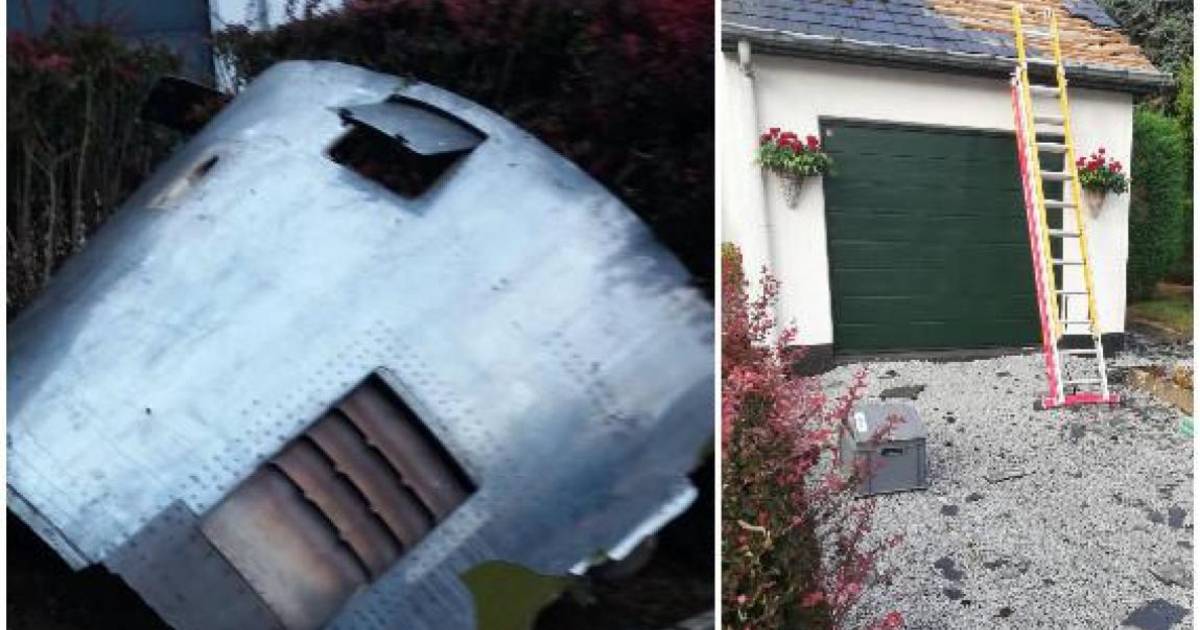 It was not a night like any other for Louis and Adela from Waremme in the province of Liège. The couple was lifted from their bed by a huge noise. “At first I thought it was a thunderstorm,” Louis says, but he was wrong. A piece of an airplane had come loose and fell on their roof. “Never thought we would experience this,” it sounds in the newspapers of Sudpresse.

Photos of the crashed plane piece appeared on social media and in the Walloon press on Friday morning. The metal part damaged part of the roof of Louis and Adela’s home and ended up just next to the driveway. No one was injured, but the couple was badly hurt. ,,It is unbelievable. We are in shock and wonder how this could have happened?”, the two testify in the newspaper La Meuse.

Louis had just gone to bed when he heard a plane fly over the house. “It sounded more intense than usual. I had the feeling that he was flying quite low.” Shortly after, a huge noise filled the room. Louis immediately thought of thunder. An airplane part didn’t even cross his mind. When de Waal went outside, he noticed the damage to their roof and saw the huge piece of metal lying next to the hedge. “It was hard to believe.”

The impact occurred near the garage. “Fortunately, because our room is a few meters away,” Adele continues. “In addition, our grandson stayed with us last night.” Their car came out of the adventure unscathed. Only a number of roof tiles were damaged, as were some battens.

The fire service temporarily closed the roof this morning. The couple also expects the aviation police today. She will salvage the part and try to identify the aircraft to which the part belongs. At the moment this is still unclear. Liège airport is also still in the dark about this.

Both RTBF and the Sudpresse newspapers report that it is probably a part of the engine head of an airplane that ended up in the front yard of Louis and Adele.