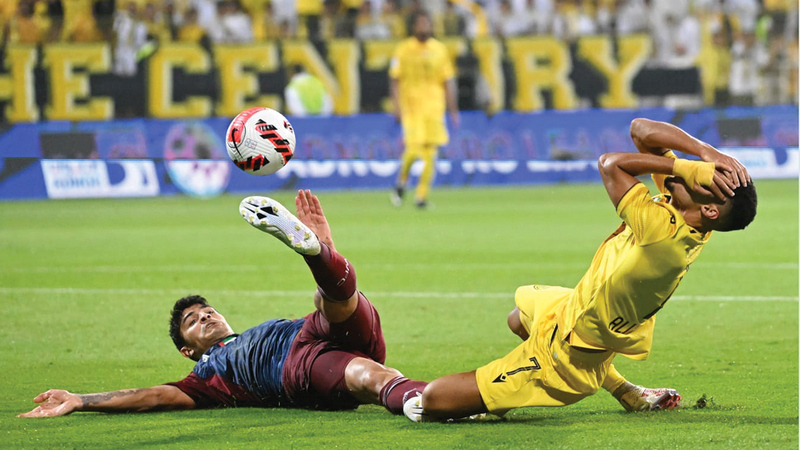 Argentine coach Juan Antonio Pizzi did not agree with his Portuguese counterpart Carlos Carvalhal about the result of the Al-Wasl and Al-Wahda match, which ended in a two-goal tie for each of them, the day before yesterday, in the first round of the ADNOC Professional League, after Pizzi confirmed that “Al-Asfar” missed the victory, while Carvalhal believes that the result of the tie is fair.

Al-Wasl coach, Argentine Pizzi, confirmed that the “Emperor” missed the victory over Al-Wahda in the deadly time by receiving the equalizer in stoppage time, and said in a press conference: “The confrontation was strong from both teams, and we made some mistakes in the first half, but we corrected the matter in the half.” Second”.

He added, “Although we conceded the first goal of Al Wahda in stoppage time in the first half, but we managed to return, and scored two goals in the second half, before we conceded the equalizer in the same way in the deadly time and wasted the victory.”

He continued, “We have turned the page of the unity meeting, because we view each confrontation as a new step that we must focus on.”

He praised the performance of both Fabio Lima and Omar Abdel Rahman, and said: “The two pairs presented a very good level, and official matches are the best training to return to their full readiness.”

On the other hand, Portuguese coach Ricardo Carvalhal expressed his satisfaction with the result of Al Wahda’s tie with Al Wasl, and said in a press conference: “I see that the tie is a fair result, and if we had managed to score a second goal before Al Wasl, we would have finished the match for our own good.”

He added, “I am happy with the performance of the two teams, who played a beautiful match for everyone who loves football, and showed a strong desire to win in a crowd.”

He concluded: “It is too early to talk about the league champion in the new season, because the levels are similar between more than four teams, and the competition will be strong and fierce this season.”