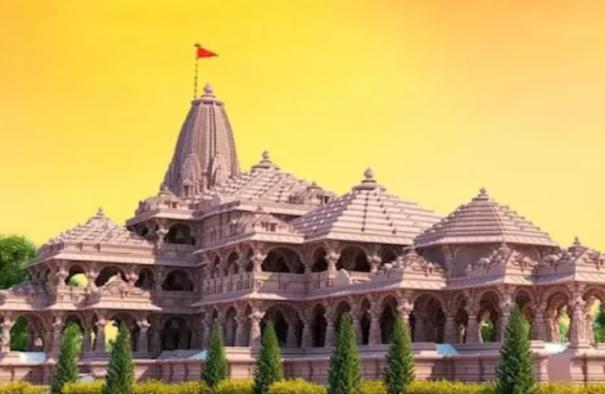 New Delhi: Intelligence agencies have received information that Pakistan-based Jaish-e-Mohammed is planning to attack the Ram temple in Ayodhya on Republic Day.

Following the Supreme Court verdict, the construction of a grand Ram temple in Ayodhya has begun. Prime Minister Narendra Modi laid the foundation stone of Ram Temple on 5th August 2020. In order to open the temple for worship by devotees in 2024, the construction work is going on at a fast pace.

Ram Temple Foundation Secretary Sampath Rai said last Friday that the temple construction work has been completed 60 percent. In this regard, he said, “The ground floor and first floor of the temple will be ready by January 2024. The Ram idol will be consecrated in the temple between December 21 and Makara Sankranti next year. After this, the temple will be opened for the worship of devotees,” he said.

In this case, the intelligence department has received information that the Pakistan-based Jaish-e-Mohammed organization is planning to attack the Ayodhya Ram Temple on the coming 26th Republic Day.

According to information, Jaish-e-Mohammed is planning to carry out an attack through suicide squad and for this, the organization is trying to send suicide squad to India through Nepal.

Jaish-e-Mohammed has carried out many attacks in India. In 2019, the organization claimed responsibility for a brutal attack on army vehicles in Jammu and Kashmir’s Pulwama district. 40 Indian soldiers were killed in this attack by suicide squad.

In 2016, an attack was carried out on the Pathankot Air Force Base in Punjab. Seven security personnel were killed in the attack by Jaish-e-Mohammed.