Plane crash Nepal: at least 40 dead, fifteen of the 68 passengers were foreigners 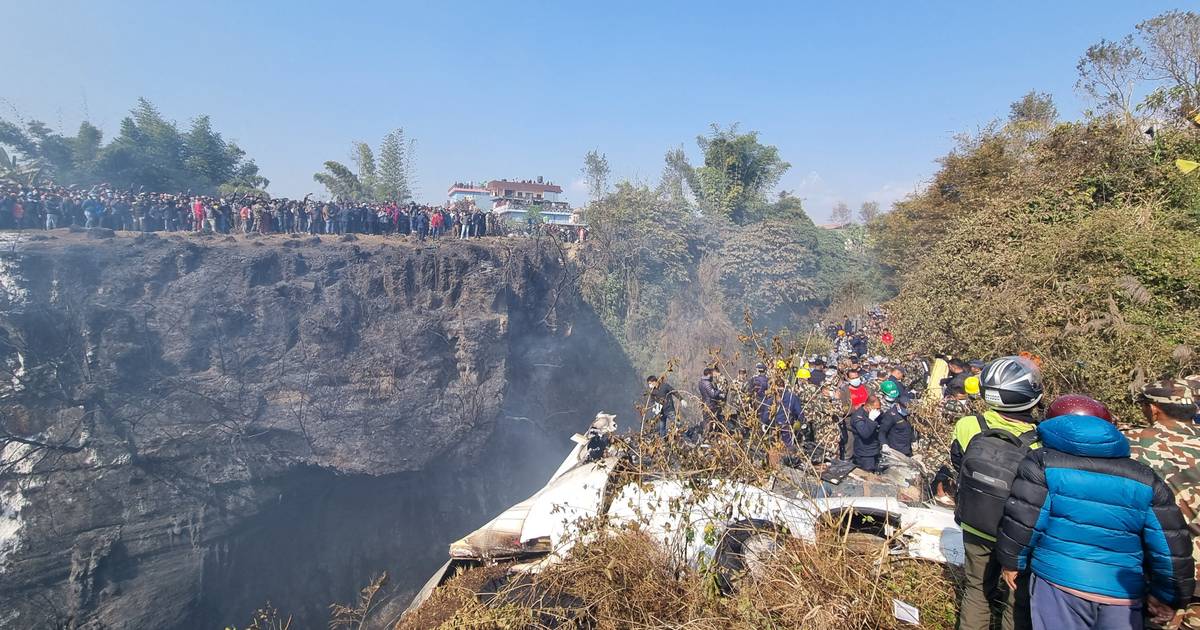 At least 40 of the 72 people on board were killed in a plane crash in western Nepal on Sunday. This was reported by a spokesman for the Nepalese Civil Aviation Authority. Fifteen of the 68 passengers came from abroad.

They are five Indians, four Russians, an Irishman, two South Koreans, an Australian, a Frenchman and an Argentinian, an airport official told Reuters news agency. Nothing is known about their fate. A spokesperson for Yeti Airlines previously spoke of ten foreigners among the passengers. In addition, according to him, there were two babies on board.

Hundreds of soldiers from the Nepalese army search for survivors among the debris of the plane. A local resident told the news agency that neighbors took two seriously injured passengers to a hospital.

The twin-engined aircraft of the type ATR 72 crashed for unknown reasons just before landing. The crash took place in a hilly area between the old domestic airport and the Pokhara International Airport. The latter airport is temporarily closed.

According to the Civil Aviation Authority, the plane made contact with Pokhara airport at 10:50 am local time (06:06 am local time) near the Seti River gorge and crashed shortly afterwards.

The rescue operation is carried out by soldiers of the Nepalese army. “We expect to recover more victims,” ​​a spokesman told Reuters news agency. “The plane broke into pieces.” After the crash, the plane caught fire. Footage from local television showed thick black clouds of smoke at the crash site. A crowd of people followed the activities of the rescuers.

“Half of the plane is on a hill,” said local resident Arun Tamu from the spot where the plane crashed. “The other half fell into the Seti River gorge.”


One half of the device is on a hill, the other has fallen into the gorge of the Seti River

The aircraft was according to aircraft tracking site FlightRadar24 fifteen years old and was equipped with an outdated ‘transponder’ (electronic device that receives radio signals from radar installations at airports and then sends back data about position, altitude and ground speed, among other things, in its own radio signal, ed.)

Aviation follower Aerowanderer published a video on Twitter of what the last moments of the aircraft would be before the crash. The footage, apparently taken by a local resident, shows the plane flying low over a residential area, suddenly making a sharp left turn and then flying almost on its side. Then it disappears from view. Moments later, a heavy explosion is heard, followed by screams.

Another local resident who also witnessed the drama saw the device approaching from the roof of his home. “It was shaking and moving left and right. Suddenly the nose went down and the plane disappeared into the gap between two hills,” Khum Bahadur Chhetri told Reuters news agency.

Weather conditions in the Pokhara region were good at the time of the crash, according to the Nepal Civil Aviation Authority. “The weather was clear,” spokesman Jagannath Niroula told Reuters news agency.

The plane crash is the deadliest in nearly five years in Nepal, according to the Aviation Safety Network. In March 20218, 51 of the 71 occupants of a plane belonging to the Bangladeshi airline US-Bangla Airlines died when their plane crashed on landing in Kathmandu. The twin-engine Dash 8 turboprop aircraft came from the Bengal capital Dhaka.

At least 309 people have been killed in plane or helicopter crashes in Nepal since the year 2000. In the mountain state – home to eight of the 14 highest mountains in the world, including Mount Everest – the weather can suddenly change and create dangerous conditions. The European Union has been denying Nepalese airlines access to its airspace for safety reasons since 2013.