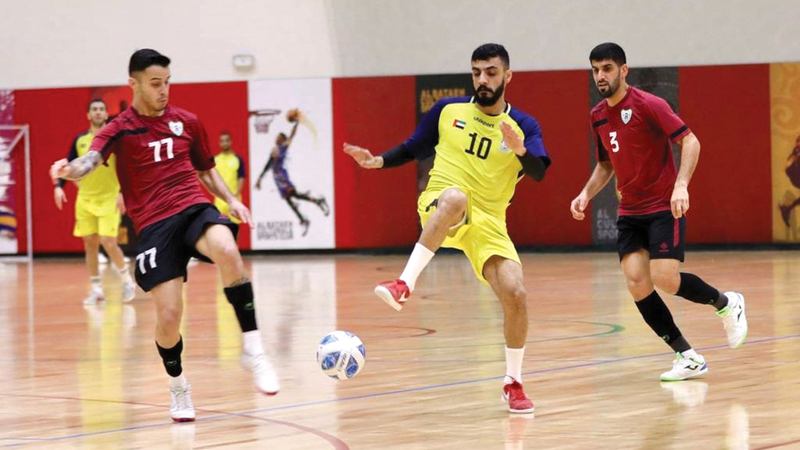 Al-Bataeh team put forward in the second round of the “play-off” phase of futsal, by defeating its host, Dibba Al-Hisn, with three free goals, at the sports hall of Dibba Al-Hisn Club.

Mohammed Al-Raisi scored for the Al-Bataeh team in the fifth minute of the match, and the Brazilian Bruno (21) and Nawfal Al-Tai (38).

In a second match, the Maliha and Khorfakkan teams tied with two goals each, in the match that was held in the gymnasium of the Maliha club, which witnessed a high technical level, as Khorfakkan advanced with two clean goals scored by Muhammad Al Ali (24), and the Brazilian Gabriel de Abreu (39), while he scored two goals. Khor Fakkan Abdullah Al Hosani (11) and Brazilian Lucas Ferras (19), and according to this result, the Maliha team was able to maintain its chances of qualifying through the second leg.

The same teams will meet in the return matches, which will be held next Sunday, where Al-Bataeh will play at his stadium with Dibba Al-Hisn, while Maliha will be a guest on Khor Fakkan in the latter’s stadium.