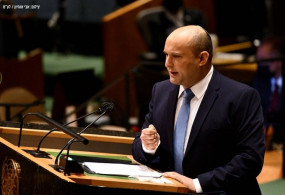 Digital Desk, Tel Aviv. Israeli Prime Minister Naftali Bennett has quarantined himself after his daughter turned corona positive. This information was given by a government spokesperson. The news agency Xinhua quoted the statement as saying that Bennett’s wife and other children are Corona negative.

Bennett was on his way back from a historic trip to the United Arab Emirates on December 14, when he quarantined himself after coming in contact with an infected person. Cases are increasing in Israel amid the rapid spread of the new Omicron variant of Corona.