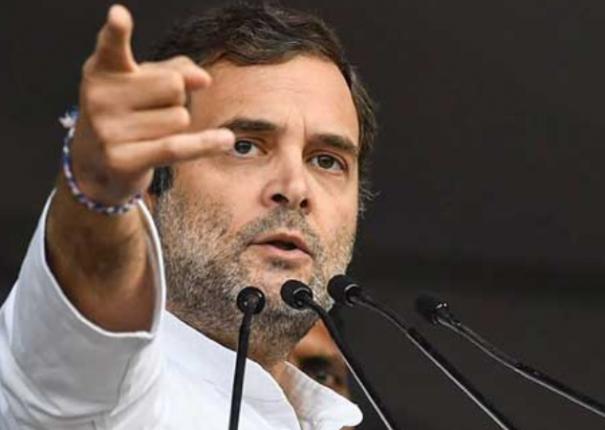 New Delhi: Congress leader Rahul Gandhi has questioned how the Indian government will recover the 1000 square kilometers that have been encroached on the border.

In this regard, Rahul Gandhi said on his Twitter page, “Prime Minister Modi has given 1000 square kilometers of Indian soil to China without a fight. China has not agreed to demarcate the border as it was before April 2020. It would be good if the Indian government tells how these 1000 square kilometers will be restored.” ” has posted.

China has refused to accept India’s demand of restoring status quo of April 2020.

PM has given 1000 Sq Kms of territory to China without a fight.

Can GOI explain how this territory will be retrieved?

Earlier yesterday, Indian and Chinese forces withdrew troops from Patrolling Point 15 in Kogra Heights in eastern Ladakh. While the central government and BJP are claiming this as a big development, Rahul Gandhi has raised this question.

Last June 2020, there was a huge clash between Indian and Chinese soldiers in Galwan Valley of Ladakh. 20 soldiers died on the Indian side and 40 on the Chinese side. Due to this war tension arose between the two countries. After several rounds of negotiations, forces were withdrawn from various fronts of Ladakh. However, the soldiers of both the countries were camped in the Kogra-Hotspring border area of ​​Ladakh.

In this context, it was unanimously decided to withdraw troops from Khogra-Hotspring area in the military commanders’ talks held between India and China on the 2nd. According to this, Indian and Chinese soldiers will be withdrawn by September 12 and will return to their old status, military sources said.

In this situation, the troops were withdrawn yesterday. However, Rahul Gandhi tweeted pointing out that the occupied area is more than the withdrawn area.