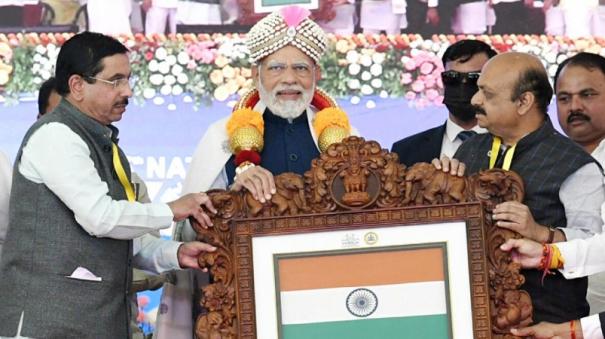 New Delhi: Swami Vivekananda’s 160th birth anniversary was celebrated across the country yesterday. In this regard, Prime Minister Modi posted on Twitter, “Vivekananda’s ideals and ideals will continue to guide the people of the country. His life, patriotism, spirituality and dedication will always inspire us.”

Prime Minister Modi has often referred to Vivekananda as a great influence on him. He also inaugurated the National Youth Festival in Karnataka on his birthday yesterday.

President Thirupati Murmu posted, “My tributes to Swami Vivekananda on his birthday! He was the greatest personality who combined spirituality and patriotism. He spread Indian values ​​globally. “His life and teachings continue to inspire young people to follow their dreams and achieve great goals.”

In a message released by Congress president Mallikarjuna Kharge, “Swami Vivekananda believed in the intrinsic value of Indian unity. Swamiji’s message is a guiding light for all of us, especially our youth, as our people aspire and dream of a unified India and fight against vandalism and hatred.