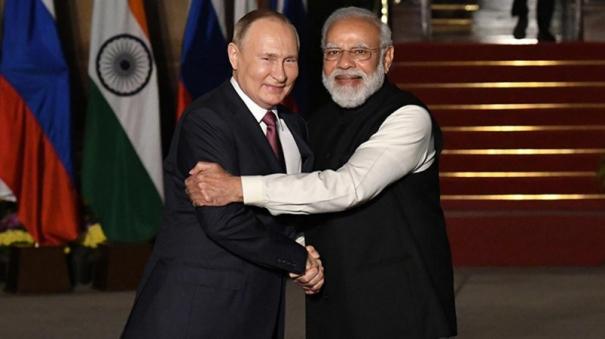 The 22nd meeting of the Shanghai Cooperation Organization (SCO), comprising 8 countries namely India, China, Russia, Kazakhstan, Kyrgyzstan, Pakistan, Tajikistan and Uzbekistan, will begin today in Samarkand, Uzbekistan. Leaders and ministers of 8 countries will participate in this conference which will be held for 2 consecutive days.

For the last 2 years these conferences were held online due to the Corona virus. Thus, for the first time in two years, the leaders of the member states are going to meet in person.

In this case, Putin and Prime Minister Modi will meet and talk about cooperation between India and Russia at the Shanghai Cooperation Conference, according to the Kremlin, the Russian presidential palace.

During the conference, both will discuss ways to increase cooperation and improve good relations between the two countries.

In an interview given by the official of the Russian Presidential Palace, Yuri Ushakov, the two leaders will discuss various issues including improving relations between the two countries and the situation in the Asia-Pacific region.

UN India will chair the Security Council next December. India will also chair the 2023-LG20 Summit and the Shanghai Cooperation Summit. Therefore, this meeting between the two heads of state becomes important,” he said.

At the same time, it has been revealed that Prime Minister Modi has no plans to hold consultations with Chinese President Xi Jinping and Pakistani Prime Minister Sharif.