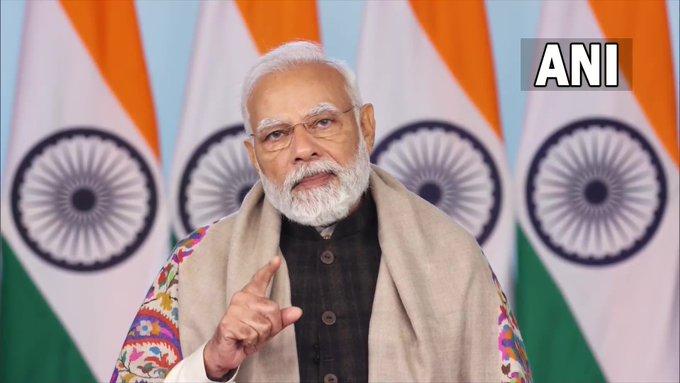 Merit Day: Today (Monday), the birth anniversary of Subhash Chandra Bose, one of the great leaders who fought for the freedom of the country, is celebrated as Parakrama Day. Prime Minister Narendra Modi, who participated in a program held to celebrate this day through a video link from Delhi, named the 21 large unnamed islands in the Andaman and Nicobar Islands.

Home Minister Amit Shah’s speech: Prime Minister Narendra Modi inaugurated a model of Netaji Subhas Chandra Bose’s memorial on the occasion. Speaking at the event, Home Minister Amit Shah said, “Prime Minister Modi has given names to 21 large unnamed islands in Andaman and Nicobar through his initiative. By naming these islands after the recipients of the Paramveer Chakra, the military’s highest award, their sacrifice is embodied and perpetuated. In addition, this will further increase the morale of our army,” he said.

PM Modi speech: Speaking on the occasion, Prime Minister Narendra Modi said, “By naming the 21 major islands of Andaman-Nicobar after the names of Paramvir Chakra awardees, the message we are giving is one. ‘One Bharat; That is the best Bharat’. The only resolve of the Paramvir Chakra awardees is ‘India first’. “By keeping their names, their resolve will always be alive,” he said.