Pochettino: I wasn’t worried about Messi 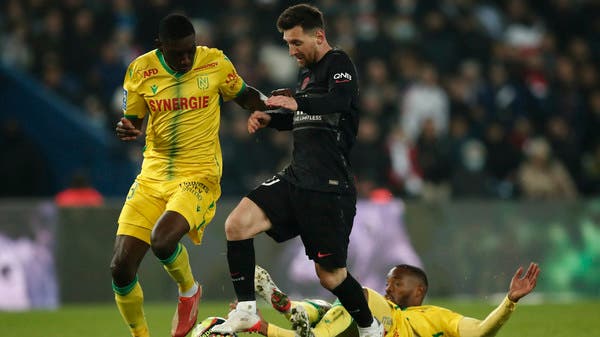 Argentinian Mauricio Pochettino, coach of French club Paris Saint-Germain, confirmed that he was not worried about the inability of Argentine star Lionel Messi to score goals at the local level before he opened his scoring record during the match against Nantes.

Messi participated in five matches with Saint-Germain in the French league without scoring before he managed to score during his team’s 3-1 victory over Nantes on Saturday from his 20th attempt against the opponents’ goal.

Messi, the six-time World Player of the Year award, scored three goals in the three matches he participated in with Saint-Germain in the Champions League.

Pochettino made it clear after the victory over Nantes that neither he nor Messi had any doubt that the Argentine flea would know the way to the opponents’ net at the local level.

“I don’t think Messi was worried about not scoring in the league, he is a great champion, the best player in the world,” he said. He knows how to get through the most difficult times, he is patient and it is good that he managed to score.

He pointed out: Regarding the development of Messi, Neymar and Mbappe, I have always said that it is about understanding and spending more time together and also participating in official matches.

The Argentine coach concluded by saying: The whole team played a good match, the whole team enables the talented trio to create opportunities.