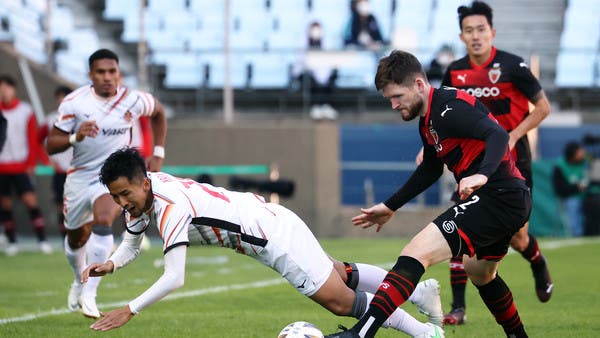 Pohang Steelers will enter the AFC Champions League final against Saudi hosts Al Hilal on Tuesday as the least likely to win the title, while defender Alex Grant is enjoying it.

The South Korean team has already defied all expectations and defied its disappointing performance in the local league to reach the Champions League final, where it will meet with Al Hilal, the favorite to win the title for the fourth time in his career as well.

The Portuguese Leonardo Jardim, the former coach of Monaco, leads the Saudi giant, which is packed with the stars of the Saudi national team, as well as many prominent players, including Bafetimbi Gomez and Mateus Pereira.

Playing at home in front of 60,000 spectators at King Fahd International Stadium will give the Saudi team a great morale boost to add a new achievement, but instead of being frightened, Grant expressed his eagerness to play this big match.

“I am very much looking forward to this match,” said the England-born defender. What an experience, if we win we will do well. Winning the title in Saudi Arabia would be great. I can’t wait to play in front of such a large crowd.

Pohang had previously won the AFC Champions League title in 2009 at the expense of the Saudi Jeddah Federation, and Grant said: Perhaps some did not appreciate our danger and we played the previous round matches and we are the least likely as of facing Cerezo Osaka.

He continued: We benefited greatly from this. Nagoya beat us in the group stage and showed a lack of respect for us. Ulsan looked at our standings in the K-League and underestimated us, but we put in a strong performance.

He concluded: The team put in strong performances and we deserve to reach the final because of the way we played and dealt with the circumstances.