Pohang in front of Saudi clubs .. lost the Super and won the Champions League 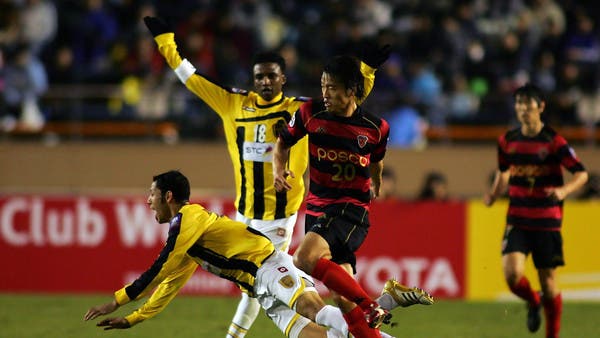 The South Korean Pohang Steelers lost two Asian Super Championships against two Saudi clubs, while their only title in the AFC Champions League came at the expense of Al Ittihad Jeddah, before they met his compatriot Al Hilal on Tuesday in the final of the current edition.

Saudi clubs outperform Pohang in terms of winning titles in the final matches, with two titles for Al-Hilal and Al-Nasr at the expense of Pohang, and a single title for the Korean team, which they achieved by defeating Al-Ittihad of Jeddah in the 2009 final.

He met Pohang for the first time against Saudi clubs in 1997 when he faced Al Hilal for the Super Cup, which was decided by the Blues of the Saudi capital by winning the first leg with a clean goal, and a 1-1 draw in the second leg.

In 1998, Pohang returned again and met Al Hilal in the semi-finals to succeed in revenge and victory with a clean goal, to qualify for the final match and win the title to fly to face the Saudi victory in the Super Cup final, which was decided by the latter after a negative tie in Riyadh, and a 1-1 return in Korea To win the title by scoring away from home.

Pohang’s last confrontation with Saudi clubs was in the 2009 AFC Champions League final, when he met Al Ittihad Jeddah and succeeded in crowning its third title in its history with a 2-1 victory.