Police in Ibiza make biggest catch of pink cocaine ever 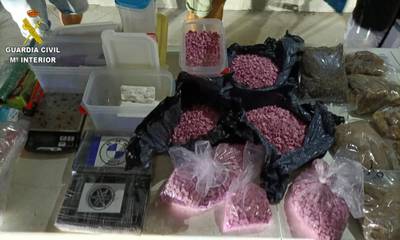 The Spanish police have seized the largest amount of so-called pink cocaine, also known as 2CB, ever in Spain on the party island of Ibiza. In addition to 13.25 kilos of that stuff, which is usually taken as a pill, 16.4 kilos of regular cocaine and 5.6 kilos of ketamine were also intercepted.