Police officers in St. Petersburg tied up a schoolgirl during arrest 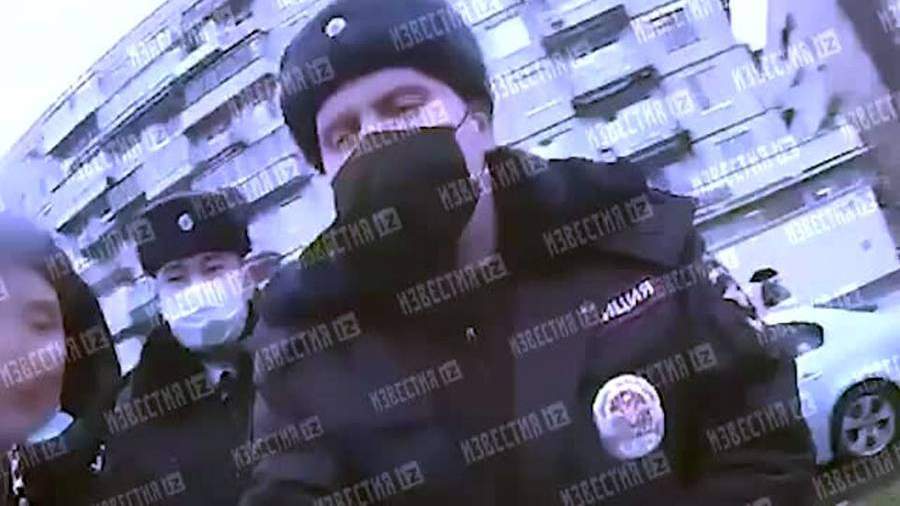 A video of the arrest of a 14-year-old girl in the Kalininsky district of St. Petersburg, who was frightened by the actions of the police who tried to “push her into the car”, was published. The video recording on Saturday, November 20, was at the disposal of Izvestia.

On the eve of REN TV reported that the incident took place in St. Petersburg, when several schoolchildren crossed the roadway in the wrong place. According to the channel, the police recorded an offense. At the same time, as the schoolgirl’s mother said, five officers of the Ministry of Internal Affairs twisted her arms during her arrest.

“The five of them tried to push her into a police car, and only thanks to caring ordinary people who drove away the monsters in uniform, they managed to slow down the whole story before the arrival of the girl’s father. They drove the girl to hysterics, beat her so that the child could not move his hands (this is not an exaggeration), ”wrote the girl’s mother.

The father of the detainee told the 78.ru portal that they wanted to detain his child for going in the wrong place.

“We drove to the 6th branch of the Kalininsky district. The bottom line was what, she committed an administrative offense, crossing the road, and a protocol must be drawn up, which can only be done by an inspector for juvenile affairs. We arrived at the department, the inspector formalized everything, ”the man said.

At the same time, the footage that the detainee herself filmed captures the moment when an eyewitness of the incident appeals to law enforcement officers and demands “not to touch the child.” The frightened girl shouts several times “Don’t touch me!”

“I am waiting for my parents, I have the right to do so!” The detainee repeated several times.

Earlier, the press service of the Main Directorate of the Ministry of Internal Affairs for St. Petersburg and the Leningrad Region confirmed that on November 17 at 14.30 on Grazhdansky Prospect “a police officer stopped a girl for a gross violation of traffic rules”, as her actions potentially created an emergency.

“The policeman introduced himself and said that she grossly violated traffic rules and will be brought to administrative responsibility,” – said in a press release.

According to the regional headquarters of the department, the offender refused to show her passport and provide her personal data. Because of this, an employee of the Ministry of Internal Affairs suggested that the girl go to the police department to draw up a protocol and establish her identity.

“She refused and offered active resistance to the police officers. A citizen drove up to the scene, who turned out to be the girl’s father, they were both taken to the police department, where it was established that the girl was a minor and was not the subject of the offense. After a preventive conversation, the father and daughter were released. There were no complaints about the actions of the police officers, ”the head office of the Ministry of Internal Affairs noted.

At the moment, the police are examining all the circumstances of the incident, the press service concluded.

In addition, within the framework of the criminal case, the department “will establish all the circumstances of the incident, as well as give a legal assessment of the actions of the police officers.” It is clarified that “the investigation of the criminal case is under special control” of the ICR leadership in the region.