Police sent back 10 Bangladeshis who trespassed into India 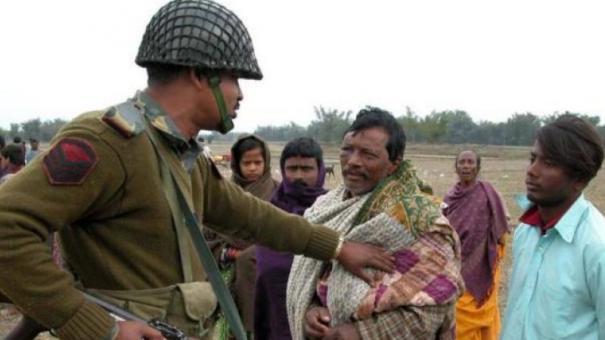 Silsher: Police arrested 10 Bangladeshis, including two boys, who entered India without proper permission. After negotiations between the two countries, they were sent to their native countries.

Assam State Police officials said: 10 Bangladeshis who entered India illegally without proper documents were arrested. Out of them, 4 persons were arrested by Kolagat District Railway Police. The rest were caught by the Border Security Force in Karimganj district. One of the trespassers hailed from Bangladesh’s Munshiganj district, five from Sailhead and four from Cox’s Bazar.

Many of them entered India illegally in search of work. Indian and Bangladeshi officials held talks to secure their release. The Assam Police said that the 10 people, including seven men and one woman, who were caught after an agreement was reached, were handed over to Bangladesh Border Police officials at the Karimganj border area of ​​Assam on Thursday evening.