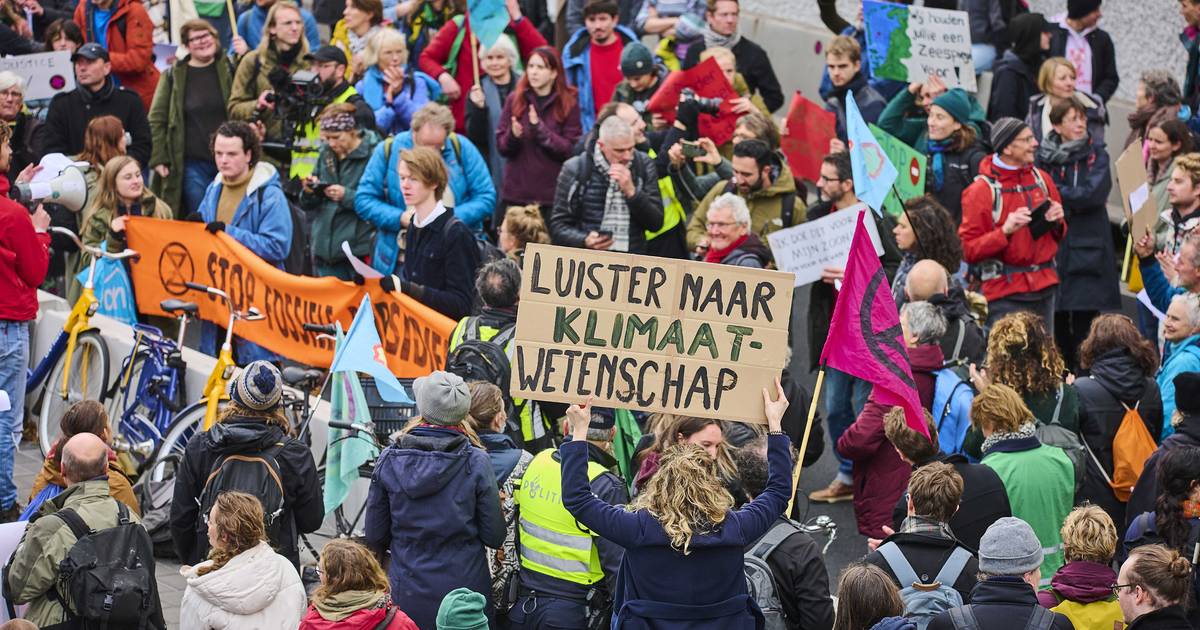 On Saturday, the Utrechtsebaan of the A12 in The Hague was blocked for the fourth time this year. ,,The first time, last summer, we were with a few people. Already with 300 demonstrators,” says Lucas Winnips of XR, as Extinction Rebellion is abbreviated. “People are concerned about the climate. In the foreseeable future we will be thousands. We want to be on the front page day in and day out with our peaceful actions.” 150 people were arrested on Saturday. In the action at Schiphol at the beginning of this month, 400 demonstrators were arrested.

XR believes that the government is not honest about the dangers of climate change and wants CO emissions to be reduced2 will be zero as early as 2025. Mass arrests, preferably by the thousands, are part of the strategy. “Only then will the elite listen. Make them worry, hit them where it hurts, only then will they talk to you,” said Roger Hallam, the British founder of the international environmental group three years ago at the start of XR in the Netherlands.

XR now has thousands of sympathizers. The failed climate summit in Egypt and the dozens of actions in recent months – from occupations to sticking up in museums – have further fueled the enthusiasm.

Chairman Jan Struijs of the Dutch Police Union is very concerned. “These unannounced actions are a problem. We have to call up people from the regular service, which means that you are not elsewhere. You spend another four hours with everyone who is arrested before they leave with a fine in their pocket. If these actions attract thousands of demonstrators, you have work for days.”

Struijs has spoken with XR. “They are preparing for a bigger and broader offensive in the coming six months. Next week we will have a consultation with the minister: how the hell are we going to handle this? Our policemen are exhausted. This will disrupt things in the near future. They are highly motivated and driven by the global environmental problem. We have a hot winter ahead of us, as they say ironically.”