Politicians are tired of ‘threatened farmers’: ‘This madness should have no place in the Netherlands’ 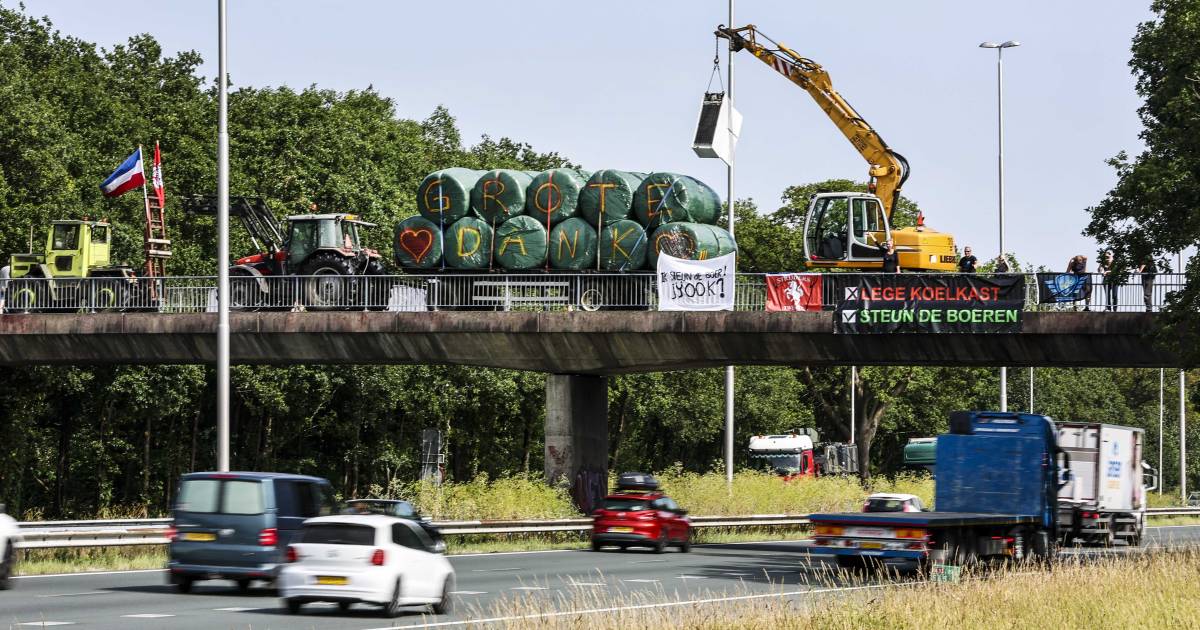 The group leaders of the two largest parties in the House of Representatives are fed up with ‘threatening farmers’. “This madness should not have a place in the Netherlands.”

That explains party chairman of D66 Jan Paternotte at the D66 congress that is being held today in Den Bosch. Fellow party leader Sophie Hermans also speaks out against actions by radical farmers. “It’s okay to be angry. Being furious too. But the absolute limit is intimidate and threaten, nota bene via the newspaper. You don’t visit politicians at their house. And you always leave children out.”

Both speak out after the leader of the radical action group Farmers Defense Force in de Volkskrant announces that it is preparing for ‘hard-core’ actions now that the new nitrogen plans have been announced. The fate of the peasants is comparable to that of the Jews, he says. And so they will stop at nothing.

,,I still have to get something off my mind”, says Paternotte in front of the D66 members. According to him, the foreman of Farmers Defense Force “exceeds all bounds” in that interview. “He wants to shut down the food supply. He threatens new actions at ministers’ homes. And compare the situation of the peasants with that of the Jews before the Second World War.”

Paternotte declares that ‘this madness, this misbehavior of these threatening farmers, should have no place in the Netherlands’. “In our country, the rules of the rule of law apply, not the law of the tractor!”

CDA MP Derk Boswijk, who speaks on behalf of the party about nitrogen policy, also lashes out at what he sees as an ‘insane comparison’ with the Second World War. “Nothing compares to the holocaust!” He said, “We have to realize that most farmers I know are disgusted by this comparison.” “This only serves to overshadow their legitimate concerns with these disgusting statements.”

The words of the radical Farmers Defense Force also go down the wrong way in frontwoman of the Boer Citizen Movement, Caroline van der Plas. “I do not support actions where people are visited at home, nor actions where citizens are deprived of food,” said the BBB foreman. ,,And”, she adds subtly, ,,I don’t let people force me to keep my mouth shut about this. Point.”

Wybren van Haga of BVNL ‘understands’, in his own words, ‘the anger of farmers’. “As long as they obey the law, you have to give them all the space they need to express their displeasure with this cabinet of curiosities. Then you should not call their tractors ‘coercive measures’ and do not want to take away their right to demonstrate.”

But if it is up to Senator Henk Otten, farmers should ‘dissociate themselves loud and clear from the extremist Mark van de Oever of the Farmers Defense Force who hijacks the farmers’ protests’. According to him, with this he causes ‘enormous damage to our farmers and he also plays a huge role in the hands of the cabinet’.

Listen to the political podcast here

According to Otten, there was a lot of understanding among the population for the farmers who are the victims of the bizarre nitrogen measures of the Rutte cabinet. “But radicalized hotheads like Van den Oever are now losing the farmers’ credit with the population with their extremist expressions and intimidations. They provide the Rutte cabinet with an alibi to implement the absurd nitrogen plans,” said the farmer’s son, who, like CDA member Boswijk, thinks that the majority of Dutch farmers do not support these extreme statements.

In any case, D66 fully supports the nitrogen plans of VVD minister Christianne van der Wal (Nature and Nitrogen), as it turned out at the congress. A motion to that effect was unanimously adopted by the D66 members at the party congress this afternoon.

Mark van den Oever, the leader of Farmers Defense Force (FDF), does not regret his controversial statements. But he would be “sorry if people feel hurt by it,” he told Nieuwsuur on Saturday.

Van den Oever believes that Jews who may feel hurt should not take it personally. “Because it’s not aimed at the person. I do not regret my statements,” said the FDF leader.

The Dutch provincial authorities are unanimously concerned, but at the same time strongly divided among themselves about the cabinet’s new nitrogen plans. “Even if you remove all the farmers from here, you will not achieve the goals.” Read here how all provinces react.