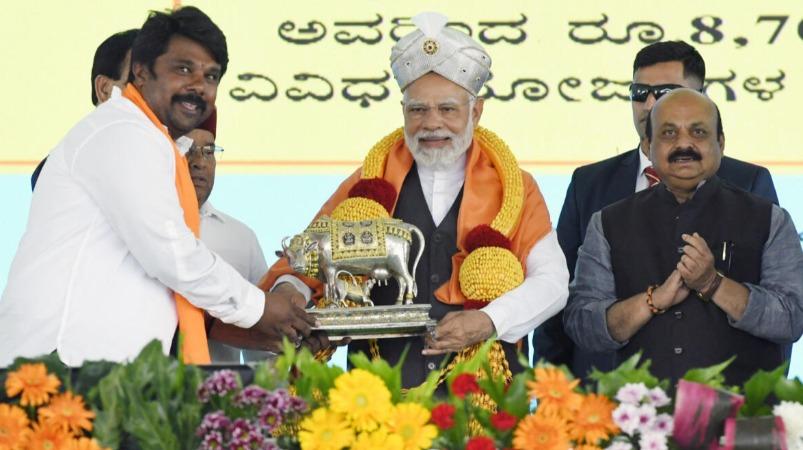 Bangalore: Prime Minister Modi, who launched development works including drinking water and irrigation in Karnataka, said, “Vote bank politics is not important to us. He said that politics is important for the development of the country.

Kalyan Karnataka region is very backward in Karnataka state. The previous governments did not strive for the development of districts like Yadagiri, Kalburgi, Bellary, Bijapur. But after we came to power we decided to take the backward districts to the path of progress.

We have carried out development work in these districts at a cost of Rs.10,800 crores through good management. As a result, in the last 3 years, 11 crore out of 18 crore rural families have been provided with drinking water pipes. Earlier ruling parties focused on vote bank politics. As a result, all the development projects came to a standstill. Vote bank politics is not important to us. Development politics is important to us.

Water security is very important for the development of the country in the 21st century. The next 25 years are going to be a golden age for every citizen and country. We are going to create a developed India in this period. Due to dual machine government (central and state BJP governments) people get double benefits. Karnataka is progressing rapidly due to this. This was said by Narendra Modi.