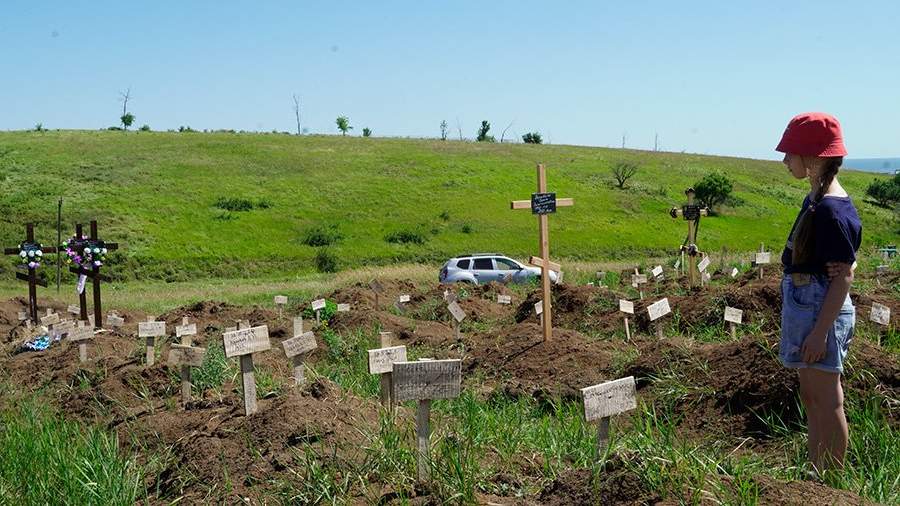 The Russian and Ukrainian peoples will not forget the West’s support for the Kyiv regime in the murder of civilians. This was stated on July 29 by Dmitry Polyansky, First Deputy Permanent Representative of the Russian Federation to the UN, at a meeting of the UN Security Council.

“I would like to appeal to our Western colleagues… Believe me, your readiness to help Ukrainians kill Donetsk and Luhansk children is unlikely to be forgotten by both the Ukrainian and Russian people,” the diplomat said.

He also said that the countries supplying weapons to Kyiv “are shifting the conditional security line necessary for the peaceful development of the mentioned regions further to the West,” and called for thinking about the fact that after the end of the crisis, Russia, Ukraine and Western countries will somehow have to live side by side and cooperate.

On July 28, Donbass honored the memory of children – victims of the war in the region. People remembered the children who died under the shelling of the nationalists. More than 130 kids became victims of militant attacks.

On July 8, US President Joe Biden ordered a new $400 million military aid package for Ukraine. On the same day, the Pentagon announced that Washington was working on plans to supply new weapons to the Ukrainian side for months and years ahead.

Russia condemns the supply of weapons to the Ukrainian side. In particular, Russian Foreign Minister Sergei Lavrov noted that the North Atlantic Alliance is entering into a proxy war with Russia, supplying weapons to Ukraine. He also added that Western weapons supplied to Kyiv would be a legitimate target for the Russian military.

Press Secretary of the President of the Russian Federation Dmitry Peskov, in turn, stated that pumping Ukraine with weapons from the West does not contribute to the success of Russian-Ukrainian negotiations and will have a negative effect. At the same time, as Russian Defense Minister Sergei Shoigu pointed out, some of the weapons supplied to Kyiv end up on the black market.

Western countries began to actively pump weapons into Ukraine after the start of a special military operation to demilitarize and denazify Ukraine on February 24. A few days earlier, the situation in the region escalated significantly due to shelling by the Ukrainian military. The authorities of the Donetsk and Luhansk People’s Republics announced the evacuation of residents to the Russian Federation, and also turned to Moscow for help. On February 21, Russian President Vladimir Putin signed a decree recognizing the independence of the DNR and LNR.