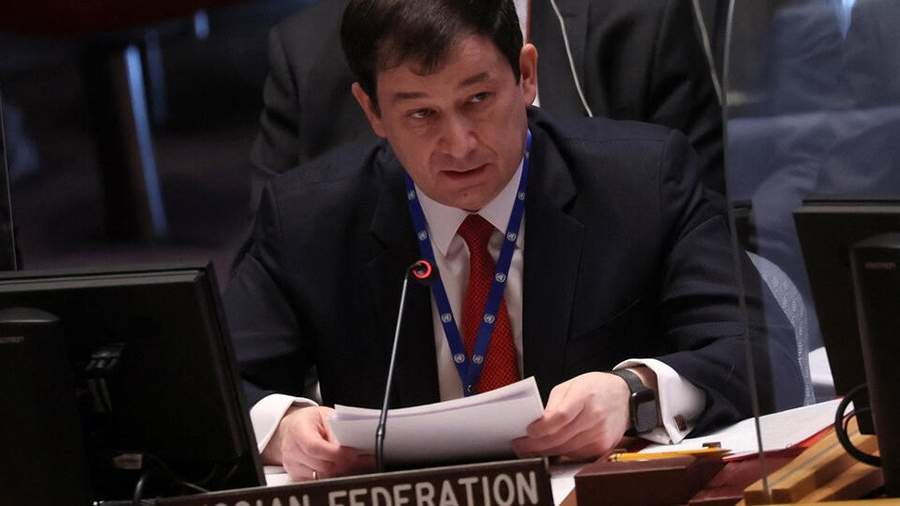 The statement by Ukrainian President Volodymyr Zelensky that he is ready to meet only with Russian President Vladimir Putin to continue the negotiation process is pure PR. This was announced on May 23 by Dmitry Polyansky, First Deputy Permanent Representative of Russia to the UN.

“This, of course, is pure PR,” he said on the air of the Soloviev Live program.

As Polyansky explained, the negotiations at the highest level should be carefully prepared, while the agenda should be agreed upon from both sides. In addition, the deputy representative of the Russian Federation clarified that expert developments should have already been achieved by the start of negotiations.

“Otherwise, there is no need to talk,” he stressed.

In addition, Polyansky commented on the suspension of the negotiation process with Ukraine against the backdrop of a special operation to protect Donbass.

“Negotiations were not frozen by us, some contacts are being made, and how would we expect answers from the Ukrainians to the proposals that were formulated some time ago,” he said.

Earlier in the day, Zelenskiy said the only Russian politician he was willing to meet was Russian leader Vladimir Putin. He clarified that the meeting with him could take place only on the condition that it would discuss the cessation of hostilities.

On May 22, the head of the Russian negotiating group, aide to the President of the Russian Federation Vladimir Medinsky, announced the termination of the dialogue with the Ukrainian side at the initiative of Kyiv. He focused on Russia’s desire to resolve problematic issues through dialogue, noting that such rhetoric was confirmed by President Vladimir Putin. However, on May 17, Russian Deputy Foreign Minister Andrei Rudenko announced Ukraine’s de facto withdrawal from the negotiation process.

At the same time, adviser to the Ukrainian president Mikhail Podolyak ruled out concessions to Russia, which were put forward at the talks, on the issue of recognizing the ownership of the former Ukrainian regions. Podolyak called the withdrawal of Russian troops from the territory of Ukraine and Donbass a condition for the resumption of the peace process.

On May 13, the Ukrainian leader said that Kyiv would never recognize the autonomy of the Lugansk and Donetsk People’s Republics, as well as the Russian ownership of Crimea. He suggested leaving the issue if it interfered with the negotiation process.

On May 8, the head of Crimea, Sergey Aksyonov, said that the issue of the peninsula was closed unequivocally once and for all, this is a full-fledged region of Russia, all negotiations with Kyiv are useless. According to the politician, at the moment the situation on the peninsula is assessed as stable.

Russian-Ukrainian negotiations took place in four rounds – three in Minsk and one in Istanbul. As specified, Russia managed to obtain written proposals from the opponent confirming Kyiv’s desire for a neutral and non-nuclear status.