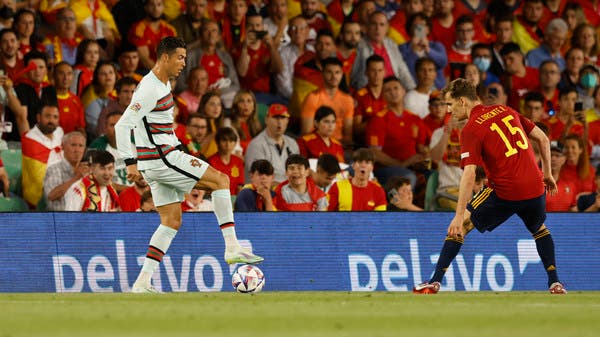 Spain and its guest Portugal started their career in the current edition of the UEFA Nations League, with a 1-1 draw on Thursday, in the first round of Group B matches in the first division of the group stage of the continental competition.

In Seville, Spain scored through Alvaro Morata in the 25th minute, before Ricardo Horta scored the equalizer for Portugal in the 82nd minute.

The Czech team topped the group standings, after winning the first three points in its campaign in the tournament at the expense of Switzerland 2-1, two points ahead of its closest rivals, Spain and Portugal, while Switzerland was at the bottom of the standings with no points.