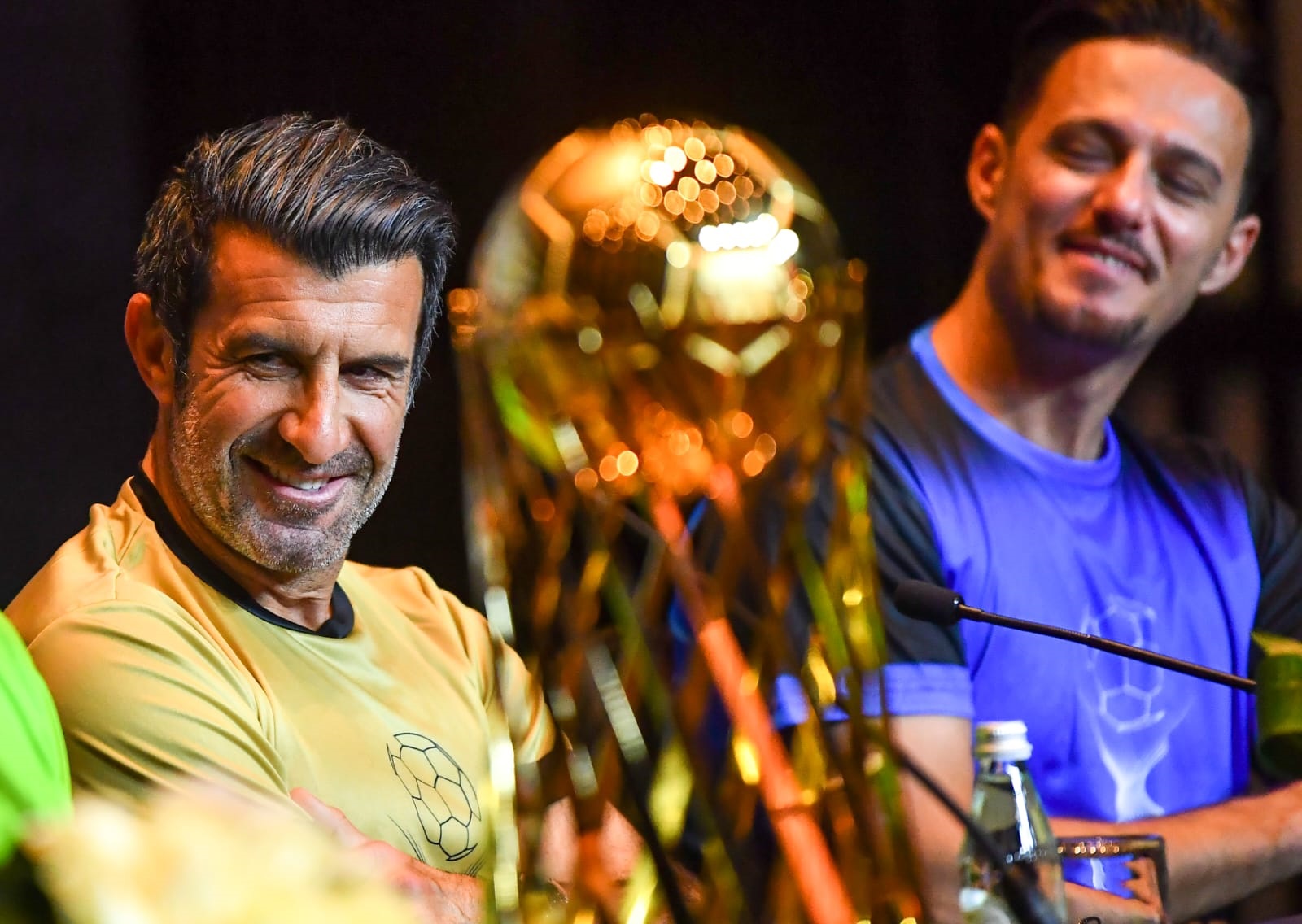 Portuguese star Luis Figo expressed his happiness to participate in the exhibition match with a large number of former world football stars for the Legends Cup, which was organized by Omega Pro, today, Thursday, in cooperation with the Dubai Sports Council and the Department of Tourism and Commerce Marketing.

Luis Figo said in a press conference: “I have visited Dubai many times and consider it my home, and I always watch the great development in it and in the country in general.”
He continued, “I came here for the first time in 2001, and the Burj Khalifa was not built at that time, while it is wonderful to organize an exhibition match in front of the arena of the tallest tower in the world and meet the legends of world football.”
The exhibition match witnessed the participation of a group of stars who had previously won the World Cup, most notably Brazilians Kaka and Ronaldinho, Spanish goalkeeper Iker Casillas, Italian defender Marco Materazzi, along with England and former Chelsea club John Terry, Portuguese football star Luis Figo, Dutch Wesley Sneijder and Patrick Kluivert, and the goalkeeper. German Jens Lehmann, Saudi Sami Al Jaber, French Yuri Gorkayev and Michael Silvestre, Cameroonian Samuel Eto’o, Nigerian JJ Okocha, Colombian Carlos Valderrama and Argentine Javier Saviola.
The match was watched by a large number of audience, who came specifically to watch the game’s stars and take memorial photos, as the stands were packed with spectators in front of a small stadium that was specially prepared for the match in the back outer courtyard of the Burj Khalifa and overlooking the tower and the Dubai Fountain, while Burj Khalifa celebrated the event by displaying Pictures of the participating players on the individual facade of the tower, which constitutes the largest display screen in the world, and the countdown to the start of the match, which will be an opportunity for football fans, to follow their favorite players who did not lose their charming touch and skills that earned them the most important individual and collective titles.