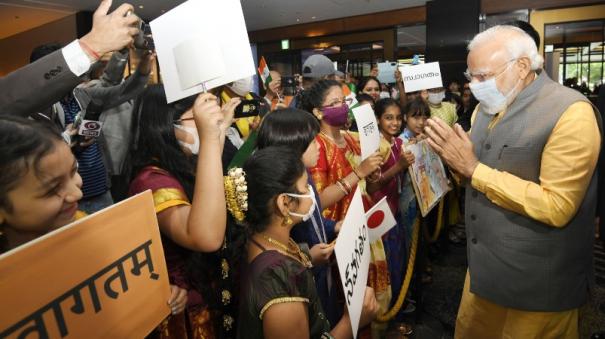 New Delhi: “Close cooperation between India and Japan is essential in the post-Corona world,” he said. Both countries respect democratic values, ”Modi said.

Prime Minister Narendra Modi has left for Japan on a two-day visit to attend the Quad Summit. Prime Minister Modi wrote about his official visit to Japan in one of the country’s local newspapers.

The Prime Minister’s Twitter post: “I wrote about the vibrant relations between India and Japan. The relationship between us is a partnership for peace, stability, and prosperity. I have discovered the journey of our friendship that marks the glorious 70s.

I have had the opportunity to interact with the Japanese people continuously since the days when I was the Chief Minister of Gujarat. Japan’s progress and development have always been admirable. Japan has partnered with India in key areas, including technology, infrastructure, innovation and starting new businesses. “