Poverty is a vice: Putin pointed to a slow decline in the number of the poor 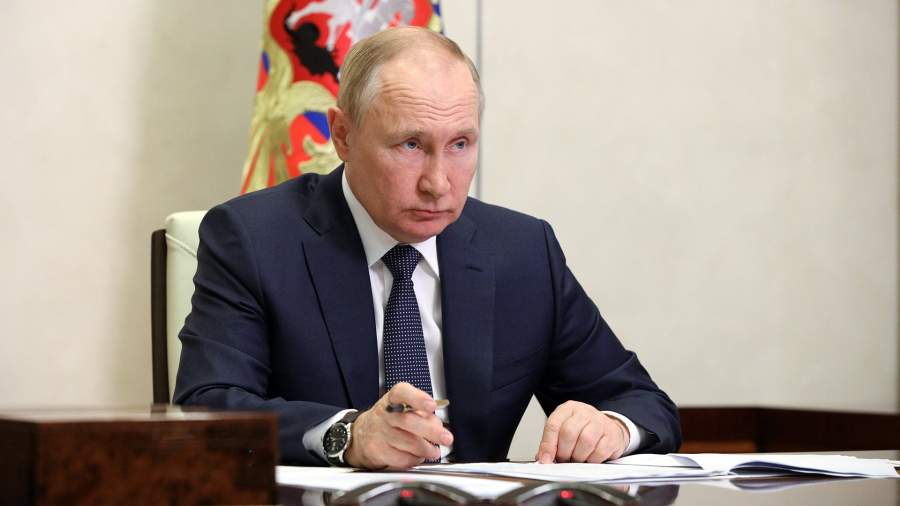 The level of poverty in Russia is not declining fast enough, Vladimir Putin said at a meeting of the Council for Strategic Development and National Projects. In 2017, this figure was 12.9%, and at the end of 2021 it decreased to only 11%. As far as the economy is concerned, no one, according to the president, will be able to completely isolate Russia. To support fast-growing technology companies, the authorities will prepare mechanisms to attract domestic private capital. In addition, in the Russian Federation it is necessary to provide more tax incentives for investors and increase the level of investment security, Izvestia was told in the Federation Council.

The pace is not enough

Improving the quality of life of the population of Russia is a priority for the work of the authorities, Vladimir Putin recalled at a meeting of the council. However indicators in the social sphere are not changing as fast as we would like. It concerns the pace of poverty reductionwhich now, according to the president, are not high enough. In 2017, this indicator in the country was 12.9%, and at the end of last year it decreased to only 11%..

Yes, of course, there is progress, but its pace, speed is obviously insufficient. That’s why even with the increased inflation of the current year — but, thank God, by the way, it is gradually decreasing — I set the task of reducing the level of poverty and inequality, which is no less important– said the head of state.

As Andrey Isaev, a member of the State Duma Committee on Labour, Social Policy and Veterans Affairs, told Izvestiya, in order to fight poverty, it is necessary to increase the growth of real wages. With this, the revitalization of the work of trade unions can help. It is also required to increase support for families with many children, because they are at risk of falling below the poverty line. In addition, the social treasury system should identify Russians who receive social assistance, but are still on the verge of poverty.

Another important topic on the social agenda is the increase in life expectancy. During the pandemic, health workers worked professionallyVladimir Putin emphasized.

“We see the fruits of their work, which is very important,” the head of state said. — According to the results of the second quarter of this year, mortality, thank God, in Russia decreased to the level of 2019, the pre-pandemic year, and life expectancy for the same quarterly period, according to preliminary estimates, exceeded 73 years.

By 2030 we need strive to be 78 years old, set the task of the president. Accessibility of the healthcare system can improve the situation. According to Vladimir Putin, now only 20% of the surveyed patients manage to make an appointment with a doctor online. This practice, in his opinion, should be expanded. Also in Russia, an experiment on the remote sale of prescription drugs may begin. However, disagreements arose between the Ministry of Health and the Ministry of Economics on the list of drugs and terminology.

– Well, why should we rest our horns against this wall, if there are certain prohibitions? the president joked, urging the relevant departments to come to an agreement and complete the coordination of documents in two weeks.

As for the birth rate, this indicator is closely related to the availability of infrastructure for children. Now the availability of kindergartens and nurseries is about 99%. However, according to the president, there are still problems in some regions, especially in areas with a large number of new buildings., where they did not deal with this issue in time. Vladimir Putin urged the heads of the subjects to pay special attention to this.

Another topic of the meeting was opposition to Western sanctions.. Now Russia ranks first in the measures introduced against it. With these restrictions, Western countries are trying to almost completely close Moscow’s access to foreign high-tech products, Vladimir Putin is sure. However in the modern world it is impossible to “put up a huge fence”he recalled.

— It is clear that this is a huge challenge for our country, but not only are we not going to give up and be in some kind of confusion or, as some of our “well-wishers” predict, to retreat decades ago, of course, no – on the contrarythe president promised.

During the speech of the president, a message appeared on the portal of legal information about an increase from 500,000 to 800,000 rubles in scholarships for scientists and designers for the creation of breakthrough defense technologies. In addition to material incentives for the best minds in the country, government plans to support fast-growing technology companies – for example, Ozon and Yandex. Until recently, they resorted to financial institutions in Western countries, but now there are problems with this, the head of state recalled.

“It is necessary to create such mechanisms in the Russian financial system in a short time so that fast-growing Russian companies can attract domestic private capital for their development,” Vladimir Putin said, urging the Ministry of Finance and the Central Bank to prepare detailed proposals.

The market quickly reacted to Vladimir Putin’s words. According to the Moscow Exchange, Ozon shares jumped almost immediately by 9.19% to 1,164.5 rubles per share.

To support technology companies and the emergence of new start-ups, authorities should pay attention primarily to two things, Ivan Abramov, deputy chairman of the Federation Council committee on economic policy, told Izvestia. Firstly, investors need to be given more tax breaks. Secondly, Russia needs to increase the level of business and capital security. Now, according to the senator, entrepreneurs are afraid that if the company’s margin increases, the regulatory authorities will begin to “twist its arms”.

In addition to plans for the development of the technological field, the president assessed the work done.

— Modest results were demonstrated in the areas for which Rostec is responsible, the head of state said. – I know, Colleagues will now say: there is not enough funding, something else. But I’m just stating the fact of what’s happening.

As an example, he cited projects to create fifth-generation networks and develop the production of equipment for the widespread introduction of the “Internet of Things” (the concept of a data transmission network between devices).

The President instructed the head of the Cabinet of Ministers Mikhail Mishustin to take special control over the implementation of relevant projects. Also, in order to better coordinate work in this area, Vladimir Putin proposed assigning development issues in high-tech industries to each Deputy Prime Minister.

By the way, in addition to additional areas of responsibility, deputy prime ministers in Russian departments may also have new positionssaid Deputy Prime Minister Andrei Belousov.

– For a clear coordination of work, it is proposed to introduce in the ministries the positions of heads of scientific and technological transformation in the rank of deputy ministers, of course, within the staffing table, – he said.

It will only be possible to achieve these goals with the development of the Internet. According to Deputy Prime Minister Dmitry Chernyshenko, digital transformation is actively taking place in Russia. Now work is underway to connect settlements with more than 100 people to the Internet. By 2026, even hard-to-reach territories are planned to be provided with communications.