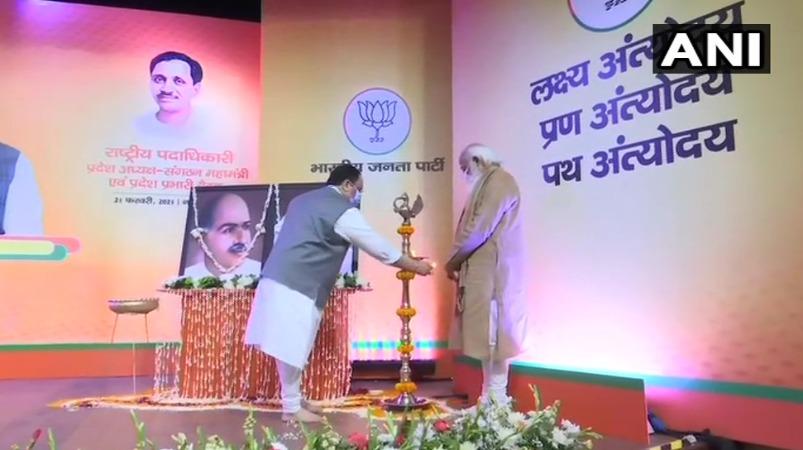 To make reforms in the agricultural sector, Corona virus The resolution was passed today at the BJP’s new national executive meeting, praising Prime Minister Modi for successfully controlling the spread.

The first meeting of the newly appointed national level executives of the BJP was held today at the NTMC arena in Delhi. The meeting was inaugurated by Prime Minister Modi. Natta took the lead.

The meeting was attended by many including BJP national executives, state leaders, state officials, general secretaries and state liaison officers.

Speaking on the occasion, BJP vice-president Raman Singh said, “We hope that the BJP will win the next state assembly elections in Assam, Tamil Nadu, Kerala, West Bengal and Pondicherry, especially in Assam and West Bengal.”

It was informed at the meeting that agricultural laws are welcome in various states. He also lauded the performance and handling of Prime Minister Modi’s government on the Indo-China border issue.

Speaking at the meeting, Prime Minister Modi urged BJP executives to inform the people about the benefits of the new agricultural laws.

More than 4,100 Houthi violations in the health sector in 4 years

Problems with Muzaffar App in Kuwait; Many people were stranded

Why Barcelona got 2.6 million euros from the European Union

A series of shocks to the Jagan government .. Raghurama who did not back down .. Is that so?

Erdogan: We hope to increase cooperation with Egypt and the Gulf countries to the maximum extent