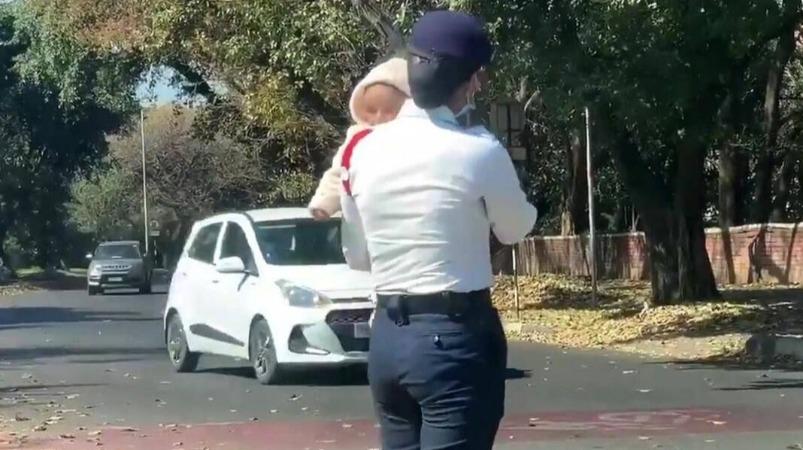 Organized traffic with infants in Chandigarh Praise to the female police Is accumulating.

Priyanka works in the Chandigarh Traffic Police. He recently had a baby. She joined the service on March 3 last year after 6 months maternity leave.

On the 5th he came to work with the infant and arranged traffic in Sector 29. Motorists passing by took a video of Priyanka working with a baby and posted it on social media. This video is going viral.

But on the 3rd day it was ordered to regulate traffic in the distant Sector 29 area. I carried my baby in my arms because I could not leave him alone. For the time being I have been asked to provide an easy task. This has been accepted by the High Commissioner. Thus he said.

Chandigarh Transport SSP Manisha Chaudhary said, “Traffic cannot be regulated with a child in hand. As soon as I got the information about Priyanka, I ordered her to transfer to another easy job, ”he said.

Praise for Priyanka, who was on duty with the baby, has been accumulating on social media.