Predicting war.. US officials offer a new assessment of the Russian-Ukrainian war 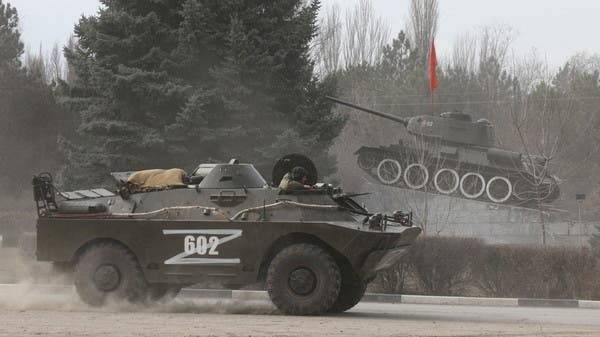 When Russia shifted its military campaign to focus on eastern Ukraine this spring, senior Biden administration officials predicted that the next four to six weeks of fighting would determine the ultimate course of the war.

Now that time has passed, and officials say the picture is clear. Russia will likely end up nibbling more territory, but neither side will fully control the region as the wounded Russian army faces an adversary armed with increasingly sophisticated weaponry.

And while Russia has seized territory in the far eastern Luhansk region, its progress is slowing. Meanwhile, the arrival of US long-range artillery systems, and Ukrainians training in how to use them, will help Ukraine in the upcoming battles, said General Mark Milley, the chairman of the Joint Chiefs of Staff.

“If they use it correctly, in practice, it will have very, very good effects on the battlefield,” General Milley told reporters. This means that Russia may not be able to make similar gains in neighboring Donetsk, which together with Luhansk makes up the mineral-rich Donbass region, Pentagon officials said.

Ukrainian forces have been battling Russian-backed separatists in the Donbass since 2014, when Moscow annexed Crimea from Ukraine.

After weeks of bloody battles in the east where up to 200 Ukrainian soldiers are killed daily, according to the government’s own estimates, and similar or higher losses to Russian forces, according to Western estimates, US officials say they expect Russia to soon take over the entire Luhansk region.

A defense official said he expected the cities of Severodonetsk and Lesichansk to fall within days, as Russian forces bombard the area with heavy artillery and “dumb bombs” – unguided munitions that are causing huge loss of life.

According to reports over the weekend, Russian forces have breached the Ukrainian front line at Toshkivka, a town outside Severodonetsk and Lysichansk, and the capture of Toshkivka would bring the Russians closer to being able to threaten Ukrainian supply lines to the two cities, the last major population centers in Luhansk not to have fallen in. Russia’s hand.

As of Monday, it was not clear which side took control of Tochkevka. US officials said Russian ground forces advanced slowly, in some cases taking weeks to move a mile or two. This may indicate a lack of infantry or extra caution on the part of Moscow after it struggled with supply lines in the disastrous first weeks of the war.

Many military analysts say Russia is at the peak of its combat effectiveness in the east, but long-range artillery systems are still flowing into Ukraine. They say Ukraine will significantly outperform, a fact President Volodymyr Zelensky admitted last week.

“The price of this battle for us is very high, it is frightening, and we draw the attention of our partners on a daily basis to the fact that only a sufficient number of modern artillery of Ukraine will ensure our interest and put an end to the Russian torture of the Ukrainian Donbass,” he said in a night speech.

Pentagon officials predict that the arrival of more long-range artillery systems will change the battlefield in Donetsk, if not in Luhansk.

Frederick Hodges, the former commander in chief of the US Army in Europe now with the Center for European Policy Analysis, said the war could go on for several more months, but he predicted that Ukrainian forces backed by heavy artillery from the West would slow Russia’s advance and begin to roll back its gains by late summer.

“The war is a test of the will,” General Hodges said. “The Ukrainians have a superior will. I see the Ukrainian logistical situation improving every week while the Russian logistics situation is slowly deteriorating and they have no allies or friends.”