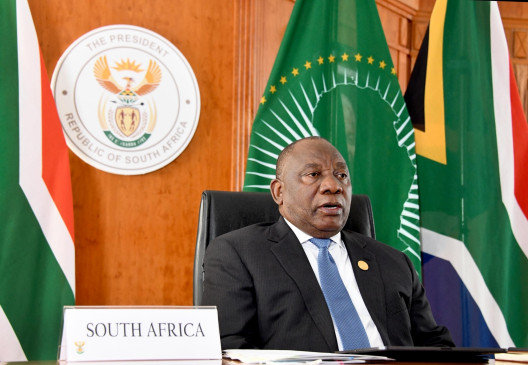 Digital Desk, Johannesburg. President Cyril Ramaphosa has announced that South Africa will move from 3 to Adjusted Alert Level 2 from Monday. He said on Sunday night that the third wave is not over yet, but in the last few weeks, there has been a steady decline in infections across the country.

The average number of daily new infections in the past week was 29 percent lower than the previous 7 days, and 48 percent lower than the previous 7 days, Xinhua news agency reported. He said, therefore, the cabinet has decided that the country should be shifted from Adjusted Alert Level 3 to Adjusted Alert Level 2 from tomorrow.

That is, the curfew will start at 11 pm and will end at 4 pm. All gatherings will be limited to a maximum of 250 people indoors and 500 people outside. From Monday to Friday, the sale of liquor will be one day more than before. Ramaphosa also said that the issue of vaccine passports is under consideration.

We will also provide further details on the approach to the Vaccine Passport, which can be used as evidence of vaccination for a range of purposes and events. Urging the people to exercise their authority and participate in the election, the president warned against reckless behavior that threatens a fourth wave. With over 7 million population fully vaccinated, he appealed to others to get vaccinated to stop the spread of the virus. “Let us make it our mission to encourage as many people as possible to get vaccinated, so that we can go ahead with the task of rebuilding our economy and our lives,” he said.