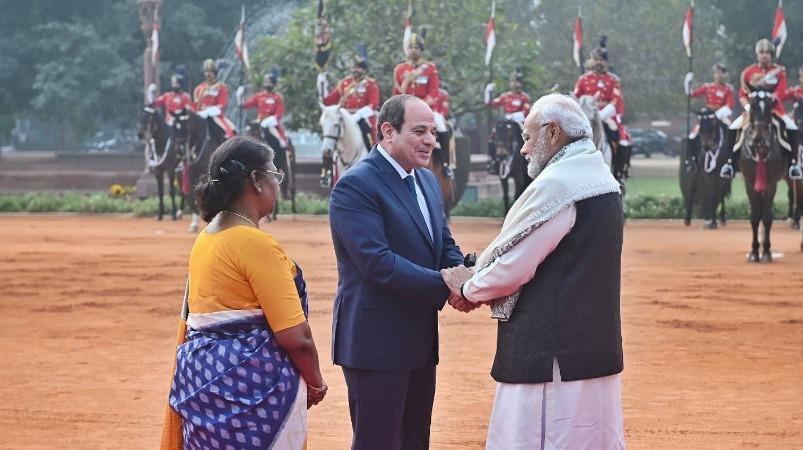 The country’s 74th Republic Day will be celebrated tomorrow. In view of this, Egyptian President Al Sisi arrived in Delhi yesterday (Tuesday) evening to attend the Republic Day ceremony to be held in Delhi as a special guest. He was accorded a grand welcome at the airport with a musical performance by a folk dance troupe. A delegation of Egyptian ministers and high officials has also come to Delhi with him.

Al Sisi, who will attend the Republic Day function as a special guest tomorrow, is going to watch the tri-army parades that showcase the strength of the Indian Army. A group of Egyptian soldiers will also participate in the parade. According to reports, various agreements will be signed between the two countries with the aim of further strengthening the bilateral relationship during the visit of the Egyptian President.