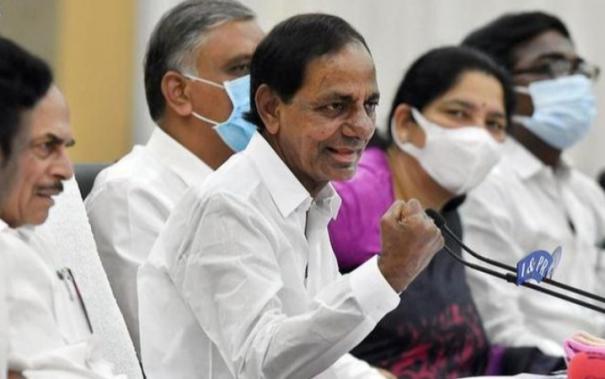 The presidential election is scheduled for July 18. The BJP-led National Democratic Alliance (NDA) has fielded a tribal candidate, Draupadi Murmu. He filed the petition yesterday. Similarly, former Union Minister Yashwant Sinha has been fielded as the candidate on behalf of the Opposition, including the Congress.

As support for Draupadi Murmu grows day by day, some state parties have also expressed support for opposition candidate Yashwant Sinha. But the Telangana Rashtra Samithi (TRS) party, which is not allied with the Congress, has decided which pro-Yashwant Sinha-backed TRS leader and Telangana chief minister K Chandrasekara Rao will decide who to vote for in the presidential election.

Yashwant Sinha is scheduled to file his nomination tomorrow (June 27). Then, on behalf of the TRS party, two MPs from that party, Kesavarao and Nageshwara Rao, are to participate. According to Telangana political sources, arrangements have been made for Yashwant Sinha to meet K Chandrasekara Rao alone, without the Congress party, when he arrives in Hyderabad to collect votes.

Talk to the Prime Minister

In this context, Yashwant Sinha yesterday telephoned Prime Minister Narendra Modi and Defense Minister Rajnath Singh. The president then asked for his support in the election.

Sinha also spoke to Jharkhand Chief Minister Hemant Soran on the phone. Then, when he was declared the common candidate of the Opposition, he recalled the commitment made by his Jharkhand Mukti Morcha party.

Meanwhile, Yashwant Sinha has written a letter to all the opposition leaders who have chosen him as their common candidate.

In his letter, he said, “If I am elected President, I assure you and the people of India that I will uphold the fundamental values ​​and guiding principles of the Constitution of India without fear or favor. I hope to meet you and your party MPs and MLAs soon to seek your support and guidance. ”

Yashwant Sinha is scheduled to file his nomination next Monday in the presence of the main opposition leaders. After the nomination, he plans to go to as many state capitals as possible and start campaigning.

Yashwant Sinha was expected to launch a heel campaign in Jharkhand yesterday. But Jharkhand Chief Minister Hemant Soren, who hails from their community, was forced to delay it as it was revealed that BJP candidate Draupadi Murmu was leaning towards him.

The Bahujan Samaj Party has decided to support Draupadi Murmu in the upcoming presidential election. With the Adivasi Samaj playing an important role in the movement of our party, he is being supported.

This decision was not taken to support the BJP or the National Democratic Alliance or to oppose the opposition United Progressive Alliance. But it was with our party and its movement in mind that an aboriginal woman of talent and commitment should become the President of the country. Thus said Mayawati.

Former Union Minister Yashwant Sinha has been declared the common candidate of the opposition parties including the Congress, Trinamool Congress and Nationalist Congress Party in the presidential election.