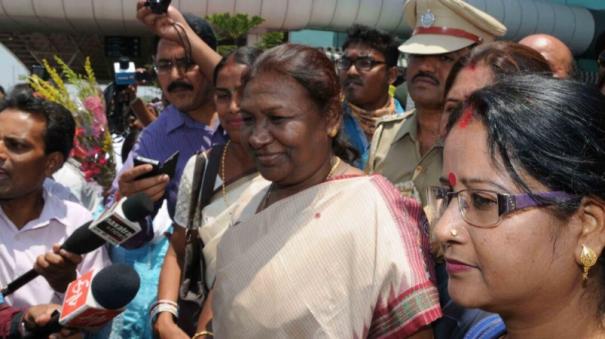 Former Jharkhand Governor Draupadi Murmu (64) was yesterday announced to contest the presidential election on behalf of the BJP-led National Democratic Alliance. Similarly, it was announced that former Union Minister Yashwant Sinha would contest on behalf of the opposition parties, including the Congress and the Trinamool Congress.

In this context, it has been reported that Draupadi Murmu is scheduled to file his nomination tomorrow (June 24). He will be accompanied by Prime Minister Narendra Modi, Union ministers, state chief ministers and leaders of some political parties, including Biju Janata Dal leader Naveen Patnaik. It has been reported that then Prime Minister Modi will be the first to propose and others will propose.

Odisha Chief Minister Naveen Patnaik tweeted, “Odisha’s daughter Draupadi Murmu is contesting the presidential election. All MLAs must vote for him unanimously, regardless of party affiliation. ”

In another post, he said, “I was very happy when Prime Minister Modi consulted with me on this. This is a very proud moment for the people of Odisha. “