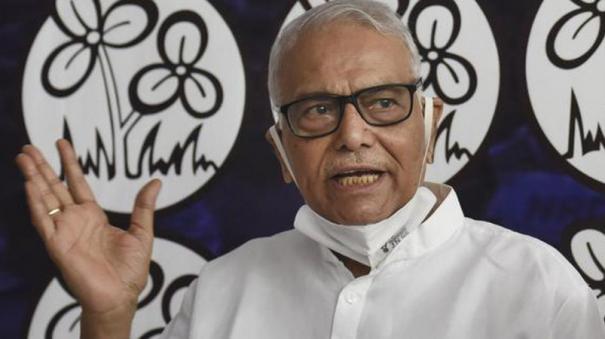 The 17 opposition parties, led by West Bengal Chief Minister Mamata Banerjee, held consultations in Delhi on the 15th on fielding a common candidate on behalf of the opposition in the presidential election.

It was then planned to field Nationalist Congress Party leader Sarath Pawar as its candidate. But he said he had no choice. Following this, the National Conference discussed the suspension of party leader Farooq Abdullah.

But Farooq Abdullah has said he does not want to run for president. Following this, the name of former West Bengal Governor Gopalakrishna Gandhi was considered as the next option. He also refused.

In this context, a meeting of the opposition is being held today to decide the candidate of the opposition for the presidential election. Leading leaders of 17 parties, including the DMK, the Congress, the Left, the Shiv Sena and the Trinamool Congress, are expected to attend.

It looks like the decision will be made to field former Union Minister Yashwant Sinha as the opposition’s common candidate in the presidential election. Yashwant Sinha is currently the Vice President of the Trinamool Congress. He has reportedly sent his resignation letter to Trinamool Congress leader Mamata Banerjee to contest the presidential election.

Earlier, Yashwant Sinha had said in a Twitter post:
“I am grateful for the respect and love that Mamata Banerjee has given me in the Trinamool Congress. Now is the time for me to leave the party for a greater national cause, while working for the unity of the greater opposition. I hope Mamta Banerjee will make this decision. ”