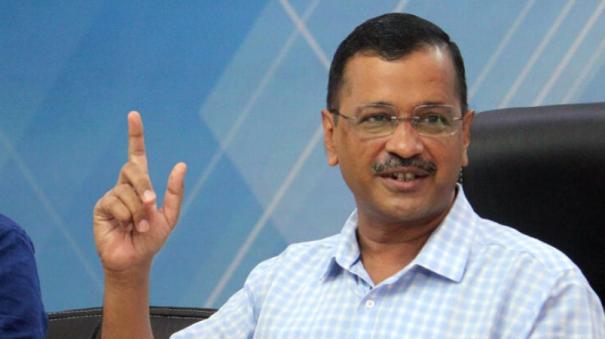 New Delhi: “Preventing the elected government from working for petty gains is against the people, against democracy and against the constitution,” Delhi Chief Minister Arvind Kejriwal said.

There has been a long-standing conflict between the ruling Aam Aadmi Party government in Delhi and the Lt. Governor. Delhi’s director of information and publicity on Wednesday issued a notice to the Aam Aadmi Party to return Rs 164 crore within 10 days for running government-funded political advertisements, alleging that they had violated the Supreme Court’s guidelines on government advertisements. This notice has been sent in this regard to the Chief Secretary of Delhi as per the order given by the Lieutenant Governor last month. In this situation, Arvind Kejriwal has shared a paragraph published in an English newspaper about the activities of state governors ruled by opposition parties from Delhi to Tamil Nadu on his Twitter page and said, “Let the governments elected by the people work. Preventing the elected governments from working for petty gains is against the people, democracy and the political system.” .

Earlier, last week when the Supreme Court was hearing another case against Delhi Lieutenant Governor office officials, “What is the purpose of having a government elected by the people in Delhi if all the administrative work has to be done according to the will of the Central Government?” Chief Justice D.Y. Chandrachud was questioning.

Meanwhile, allegations are rife that the central government is wielding power through governors in non-BJP-ruled states. Recently, the conflict between the Governor and the ruling DMK government in Tamil Nadu has reached the President Draupathi Murmu. During the governor’s speech in the Tamil Nadu Legislative Assembly, Governor RN Ravi avoided some parts of the speech prepared by the government.

Let elected govts function. Obstructing elected govts from doing their job for petty partisan gains is bad for the people, democracy and the Constitution https://t.co/teBckNZ6PP