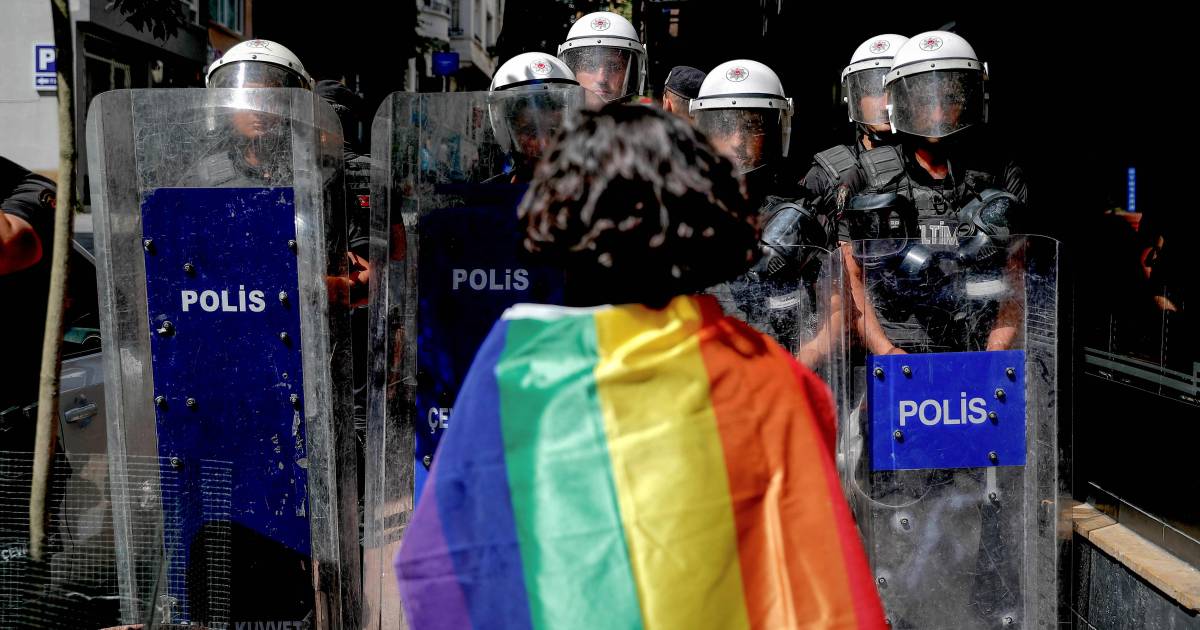 with videoDozens of LGBT protesters were arrested in Istanbul on Sunday. The demonstrators tried to join a Pride procession previously banned by the Turkish authorities.

Hundreds of people tried to hold a Pride parade on Sunday. This was prevented by riot police who blocked the access roads to Taksim Square in the center. Many roads in the vicinity of the square were also closed and public transport was stopped. More than 150 people were arrested, including an AFP photographer, according to the AFP news agency. Three Dutch people were also arrested, the Turkish news agency Bianet reported. Protesters were handcuffed and taken away in vans. The detainees were released during the evening. Earlier in the day, the police would also have gone to several gay bars.

The last time a Pride parade was held in Istanbul was in 2014. Tens of thousands of participants took part at the time, making it the largest LGBTI event in the Islamic world. But since then, the parade has been banned again and again by the Turkish authorities because it could lead to ‘riots’. This year, for the first time, not only the parade, but also every other Pride event was banned, making activities like a night of speed dating or a picnic in the park illegal.

Since President Erdoğan took office in 2014, a more conservative wind has been blowing in Turkey. The Turkish president has in the past been condescending about LGBT people. Last year, Erdoğan said of the youth wing of his AK party that he was “glad” that this was “not LGBTI youth.” He made this statement shortly after four students were arrested for making a work of art with LGBTI symbols.

The organization of the Istanbul Pride announced online today that it ‘stands strong together’ and ‘drawing strength from resistance.’