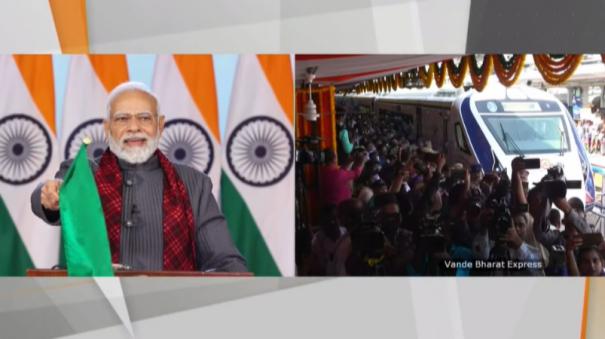 New Delhi: Prime Minister Narendra Modi flagged off the Vande Bharat Express between Secunderabad and Visakhapatnam through a video presentation. This train is the eighth Vande Bharat Express to be launched by Indian Railways. Also, this is the first Vande Bharat train to connect the two states of Telangana and Andhra Pradesh.

Following this, Prime Minister Modi mentioned that in this auspicious atmosphere of celebrations, both the states are getting a great gift of combining the heritage of Andhra and Telangana. He congratulated the people of both the states on the occasion of the festival. Paying respects to soldiers on the occasion of Army Day, he said that the Indian Army is known for its bravery.

Referring to the festivals that connect all parts of the country, the Prime Minister mentioned that the Indian Railways also connects the length and breadth of the country as one Bharat, giving an opportunity to understand and connect the different parts of India.

Pointing out that the Vande Bharat Express will greatly benefit the passengers, the Prime Minister also said that the travel time between Secunderabad and Visakhapatnam will be reduced.

Recalling a time when the benefits of modern-day connectivity were available to a select few, the Prime Minister said most people suffered because expensive transport wasted too much time. Prime Minister Modi also mentioned that Vande Bharat Rail is an example of a vision to move away from that thinking and connect all with speed and progress. With good and honest intentions, when these problems were addressed, the negative image and attitude of the Railways changed and this was the mantra that transformed the Indian Railways in the last eight years, the Prime Minister said.

The Prime Minister also said that traveling on Indian Railways today is becoming a pleasant experience. He said that many railway stations reflect the image of modern India and that “the work done in the last 7-8 years will transform Indian Railways in the next 7-8 years”. Prime Minister Modi also said that the rapid rail transport system of the future is fast developing with Vistadome coaches and traditional trains to promote tourism, Kisan train to transport agricultural produce to distant markets and metro rail to more than 2 dozen cities.

PM Modi concluded his speech by congratulating everyone on board the Vande Bharat Express train between Telangana and Andhra Pradesh, saying, “May this momentum and progress continue.” 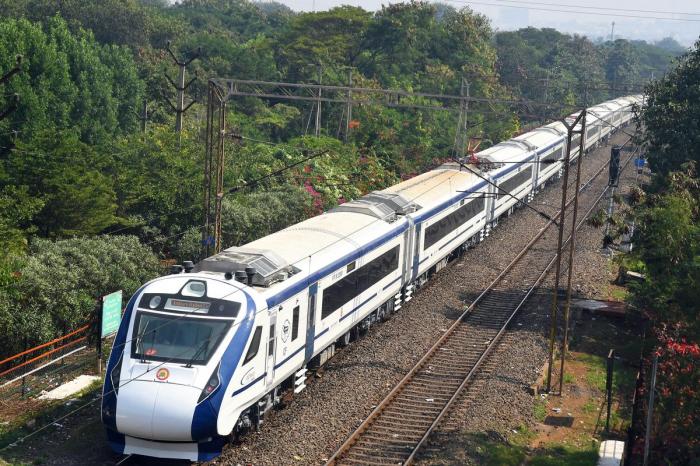 It is the eighth Vande Bharat Express train launched by Indian Railways. This will reduce the travel time from Secunderabad to Visakhapatnam from twelve and a half hours to eight and a half hours.

Vande Bharat Express coaches are indigenously designed and equipped with state-of-the-art facilities. It will provide a faster and more convenient travel experience for train passengers.

The introduction of Vande Bharat Express will help boost tourism in the region and provide a convenient and fast mode of travel. The train has improved features such as reaching a speed of 100 kmph in 52 seconds and a top speed of 180 kmph.

Glad to flag off Vande Bharat Express between Secunderabad and Visakhapatnam. It will enhance ‘Ease of Living’, boost tourism and benefit the economy. https://t.co/FadvxI0ZNQ