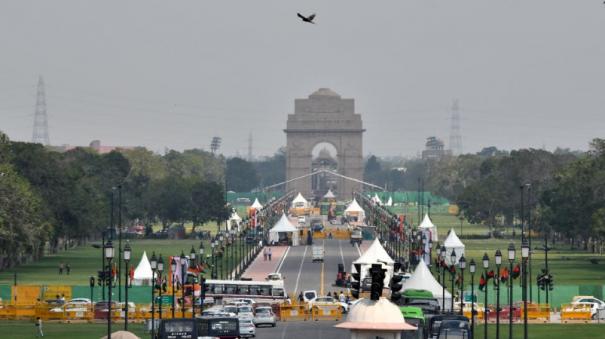 Prime Minister Narendra Modi will inaugurate the ‘Kadambati’ on Thursday 8th September 2022 at 7 pm. The erstwhile Rajpath, which was a symbol of power, becomes a duty path symbolizing an example of public ownership and power. The Prime Minister will also inaugurate Netaji Subhash Chandra Bose’s statue at India Gate during the event. These steps are based on the Prime Minister’s 2nd pledge for a new India in Amritkal to ‘remove all vestiges of colonial mentality’.

Over the past several years, the Rajpath leading to the Parliament and its nearby areas has seen an increase in traffic and its infrastructure has caused inconvenience to commuters. There was lack of basic facilities like public toilets, drinking water, shelters, adequate parking space. There were also problems of inadequate traffic regulation, poor maintenance of water facilities, and inconvenient parking.

There was also a need to impose restrictions on public transport while organizing the Republic Day parade and other national events. Renovations have been undertaken keeping such issues in mind and ensuring the integration and continuity of the artwork.

The Prime Minister will inaugurate the statue of Netaji Subhash Chandra Bose, which will be installed at the same location as the virtual statue of Netaji inaugurated by the Prime Minister on Parakrama Day (Jan. 23) earlier this year. Made of marble, this statue is a fitting tribute to Netaji’s active contribution to our freedom struggle. It will also be a symbol of the nation’s debt to him. Sculpted by master sculptor Arjun Yogiraj, the statue is 25 feet tall. It is carved from a single marble stone weighing 65 metric tons.