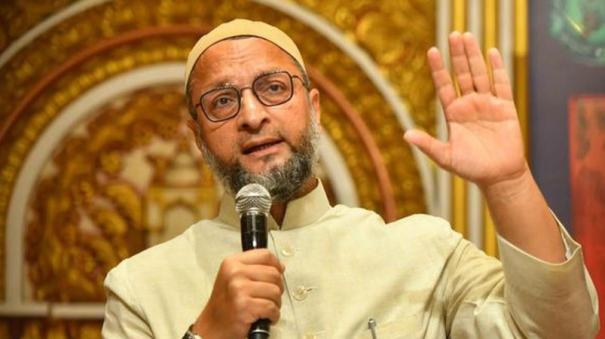 Hyderabad: Azad Owaisi has said that Prime Minister Narendra Modi should ask his friend Abbas if Nupur Sharma’s opinion about the Prophet Muhammad is correct.

A few weeks ago, Nupur Sharma, a former BJP spokesperson, made a controversial remark about the Prophet Muhammad. He is currently suspended from the party. His remarks were followed by protests by the Islamic people both at home and abroad. Violence also erupted in some northern states of India. Police also made arrests in connection with it.

In this context, Hyderabad MP Owaisi said, “Prime Minister Modi remembers his friend about 8 years later. We do not know if you had such a friend till today. So we ask the Prime Minister one thing. Ask him, and ask him if Nupur Sharma’s opinion of the Prophet is correct. “

Prime Minister Narendra Modi had recently mentioned about his childhood friend Abbas in a post on his mother’s 100th birthday. Abbas’s father and Prime Minister Modi’s father are friends. And that he grew up in their home in Watnagar after the death of Abbas’ father. The Prime Minister had said that his mother would prepare and give him the food that Abbas wanted on Eid.

.arenarendramodi Also, do you want to use the Toyo-O-Koroi Act as a doctor or doctor on your own or at a doctor’s place? – Barrister asadowaisi#prophetmuhammad pic.twitter.com/d61KAPqoDB