IndiaPrime Minister Modi's Gifts: Many items are not for sale at electronic...
India

Prime Minister Modi’s Gifts: Many items are not for sale at electronic auctions 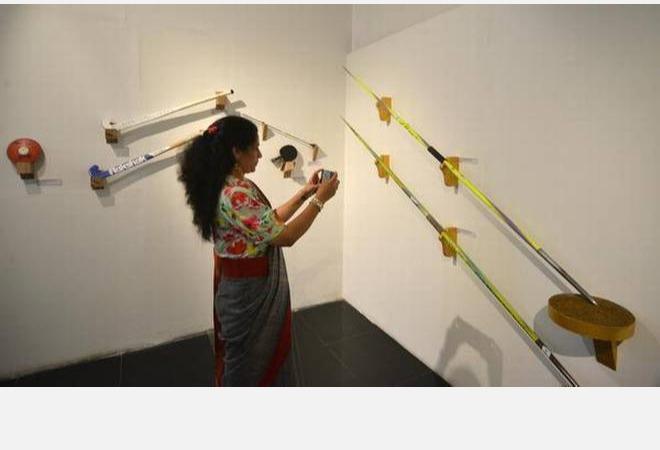 Many of the gifts given to Prime Minister Modi have been auctioned off electronically and no one has come forward to buy many of them.

Prime Minister Narendra Modi has been auctioning off gift items he has received and donating the proceeds to government projects. An online auction of more than 1,300 prizes for Prime Minister Modi was launched on the 17th of last month.

Bidders can participate through the website until October 7 Ministry of Culture Had announced. Proceeds from the auction will be used for the ‘Nawami Ganga’ project to clean up the Ganges.

In this situation, people did not come forward to auction many of the gift items given to Prime Minister Modi. Meanwhile, the badminton racket provided by Olympic medalist badminton player PV Sindhu was priced at a base price of Rs 80 lakh. Former US President Donald Trump, Prime Minister Modi The existing painting was priced at Rs 3.50 lakh. Both of these items were not auctioned.

As of yesterday, no one had come forward to bid on 1,348 items on the electronic auction website. The Ministry of Culture, however, has already bid for 1,083 items. Only 162 items reported no bids.

None of the people were interested in buying many items with a base price ranging from Rs 5,000 to Rs 90 lakh. Paintings, photographs, Prime Minister Modi The photo with his mother is also not for sale.

Meanwhile, competition for some items in the first week of the auction was fierce. The javelin used by Olympic gold medalist javelin thrower Neeraj Chopra was priced at Rs 1 crore and was auctioned for Rs 1 crore 50 thousand.