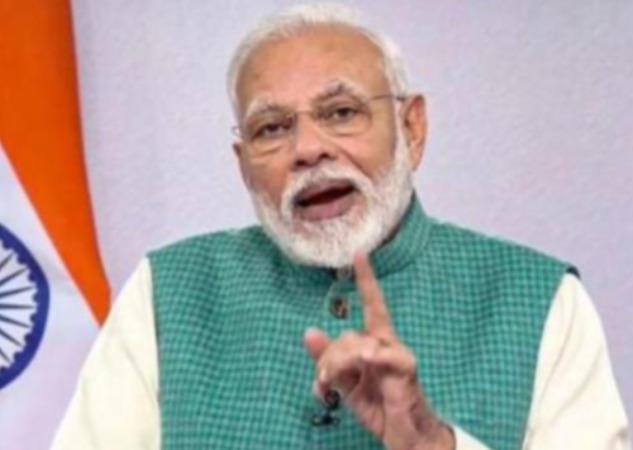 Prime Minister Narendra Modi’s picture on corona vaccine certificate has caused a great deal of controversy and the Center has asked the Center to remove it. Election Commission The information has been released as ordered.

Legislative elections are being held in 5 states namely Tamil Nadu, Kerala, West Bengal, Pondicherry and Assam. The Code of Conduct for Elections is in force as it has been announced that elections will be held in various stages in these states.

At petrol stations in all 5 states where the election will take place, Prime Minister Modi That the existing advertising banners, posters, banners with the portrait should be removed Election Commission Recently ordered.

In this case, in Kerala Corona vaccine In the certificate of casting Prime Minister Modi The Marxist Communist Party had complained that the film existed.

In a letter to the Election Commission, Mithun Shah, the Kerala state coordinator of the CPM’s youth wing, the Democratic Youth Union of India, said, “Electoral code of conduct is in place in the state. Assembly elections are scheduled for April 6.

Free in the state Corona vaccine It has a photo of Prime Minister Modi and the words he spoke while receiving the certificate. Prime Minister Modi Being photographed can have an impact on voters. Therefore, the necessary steps should be taken to remove. ”

Following this Corona vaccine In the certificate of casting Prime Minister Modi To the Central Government as to remove the image Election Commission Information has been released that has been ordered.