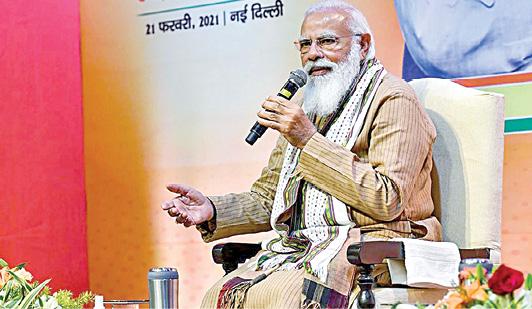 BJP rule in Assam. The Prime Minister with the state executives regarding the retention of power there Modi advised Conducted. There is a direct rivalry between the ruling Trinamool Congress and the BJP in the West Bengal assembly elections. In the last 2019 Lok Sabha elections, the BJP won 18 of the 42 seats in West Bengal. The BJP is projected to win more than 200 seats in the 294-member assembly in West Bengal based on the votes it gets in the Lok Sabha elections.

Apart from these, the Assembly elections in Tamil Nadu, Pondicherry and Kerala were also discussed in detail. In the next 2 weeks Prime Minister Narendra Modi He will be touring and campaigning in West Bengal, Assam, Kerala, Tamil Nadu and Pondicherry.

Of the five states Legislative election The date is expected to be announced by the Chief Electoral Officer next month. The BJP leadership plans to intensify the campaign thereafter.

A bow and arrow competitor fainting due to the hot weather

The environment for independence in Delhi was over many years ago; Pegasus is like the Hiroshima bomb: Sanjay Rawat

Moscow: We stand at the same distance from the sides of the Renaissance Dam dispute

“Sea mucus, pollution and heat” .. Turkey is suffocating and these details

Abu Dhabi: Kovid test is mandatory for students and teachers once in two weeks