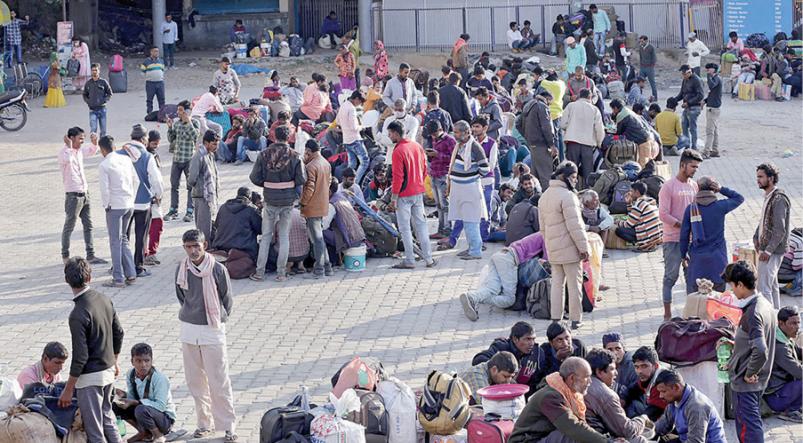 The security situation in the country and Kashmir Regarding the situation Union Home Minister With Amit Shah Prime Minister Narendra Modi Held key consultation yesterday. On innocent people in Kashmir Terrorist attack Conducted was also discussed. Following this, the 23rd will come to inspect the conditions in person Amit Shah Kashmir Goes.

In Kashmir, innocent people have been shot dead by militants recently. Even so Kashmir Extremists are targeting Pandits, Hindus, Sikhs and foreign workers. Terrorists have killed 11 innocent civilians in the last 16 days. Thus panic prevails among the people.

As a result, expatriates are fleeing Kashmir. Two days ago, two workers from Bihar were killed. after that, Kashmir Bihar Chief Minister Nitish Kumar telephoned Deputy Governor Manoj Sinha. He then called on the people of Bihar in Kashmir to take necessary steps to protect them.

Federal government cracks down on extremists Kashmir Management has also stepped up. Security forces are engaged in a search operation against the militants. More than a dozen militants have been killed in gun battles between militants and security forces in the past week.

Meanwhile, police chiefs of the states and union territories, along with top police officials, were on the heels of yesterday in Delhi Union Home Minister Amit Shah Consulting Nor. The security situation in the country and the situation in Kashmir were discussed at the meeting.

After meeting the Prime Minister, Home Minister Amit Shah will leave for Kashmir on the 23rd on a two-day visit to inspect the situation. There he holds consultations with Deputy Governor Manoj Sinha, senior police officials and Central Armed Police Force officers. Consultations on the escalation of militancy in Kashmir and the measures to be taken to suppress the militants, as well as a series of enhanced security measures. Amit Shah Is about to give birth. Also, announcements regarding development projects in Kashmir Amit Shah Information has been leaked that will be released.

Article 370 of the Constitution granting special status to Kashmir was repealed on August 5, 2019. Kashmir The state was divided into two union territories. Then to Kashmir Amit Shah This is my first time going. Security has been beefed up in Kashmir ahead of Amit Shah’s arrival as militant attacks escalate.

The National Intelligence Agency (NIA) has decided to probe four cases related to the recent killing of civilians in Kashmir. Two workers from Bihar, who were living in a rented house in Gulkham, were shot dead on the 17th. The probe has revealed that militants shot dead civilians, especially expatriates, in Kashmir in protest of their citizenship and permission to buy land.

Officials said the NIA would investigate four cases related to the killing of civilians, including Bihar workers. Meanwhile, the police have taken steps to keep all the expatriates in nearby security forces camps for security reasons.