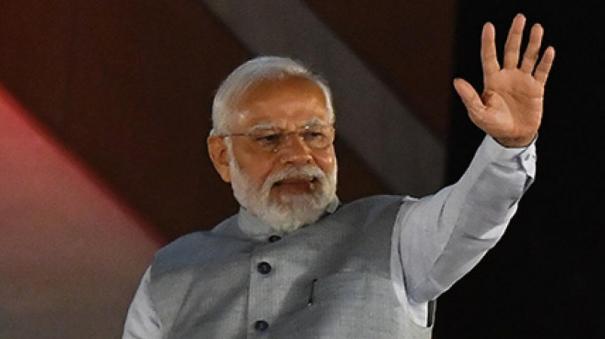 The Foreign Ministry has announced that Prime Minister Narendra Modi will pay a state visit to Europe, Germany, Denmark and France on May 2, 3 and 4. This is Prime Minister Modi’s first foreign trip this year. He is also traveling during the Ukraine crisis, which has united European nations against Russia.

The Prime Minister first goes to Germany, then goes to Denmark. He finishes his trip to Denmark and finally arrives in Paris. He stays in Germany on the 2nd night and in Denmark on the 3rd night.

The Prime Minister, who spends 65 hours in all three countries, participates in 25 events such as meetings, discussions and talks. He is scheduled to meet with 8 leaders from 7 countries and discuss with 50 world business leaders. He also meets Indians living abroad.