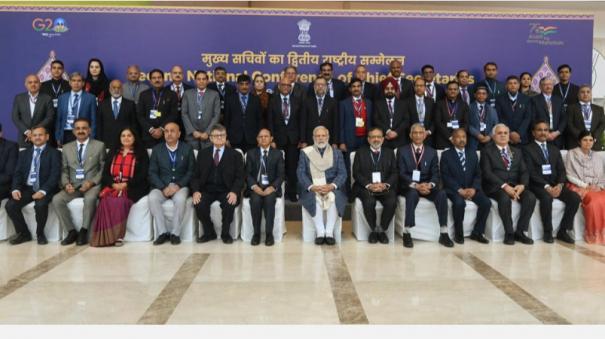 The decisions taken at the first General Secretaries’ Conference were discussed in detail at the current conference. Promotion of joint ventures between the Central Government and State Governments was discussed.

The conference deliberated on the experiences after the implementation of GST and addressing the shortcomings in this tax regime.

Priority should be given to Self-reliant India projects. Production and sale of local products should be encouraged. As India has assumed the leadership of G20, it should successfully conduct the conferences related to the organization. The central government has asked the state governments to provide full cooperation for this.

Prime Minister’s comment on Twitter: Prime Minister Narendra Modi tweeted about the conference, saying, “I attended the Chief Secretaries Conference. This conference will lay the foundation for exchange of views on important policy related issues and strengthening the team effort to take India to new heights,” he said.