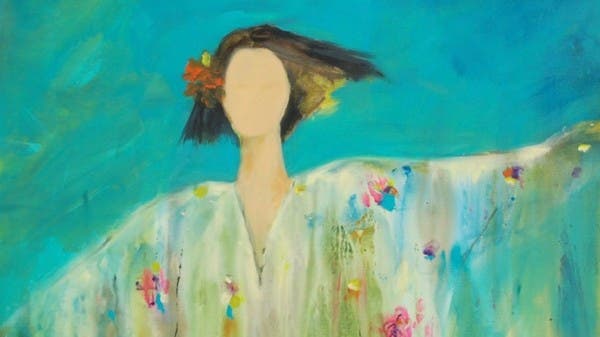 HRH Princess Hessa bint Salman stressed that plastic art has become an important part of the Saudi culture system, and is witnessing its best times under the support and attention of our rational government under the leadership of the Custodian of the Two Holy Mosques and his Crown Prince.

Princess Hessa added that the approval of the Supreme Court on the proposal of Prince Muhammad bin Salman bin Abdulaziz, the Crown Prince, regarding directing government agencies to acquire works of art and national handicraft products in their headquarters, comes within the framework of the support given by the state to plastic art, which made it part of the strategy to see Kingdom 2030.

She pointed to the importance of the word (passion) mentioned by the Crown Prince, which is the best criterion for choosing a person at work to present to his country, his land and the world a work that does not stop and his breath does not stop. Places and atmospheres and gives positive energy and enriches the inspiration to the souls around it to move on in life and different businesses.

Princess Hessa said: “Today we see art in all regions of the Kingdom, manifested to purify our souls and make us affected by this general atmosphere. It spread awareness of the public’s evaluation of the artist. If his work is valuable in terms of his individual distinction in his artistic language, the artist draws from his soul a language deeper than speech or writing for language Symbolism precedes idea to inspiration.”

She added that the quality of art is not measured by the fact that the plastic artist is educated in schools or universities or being a child. It is measured by the artist’s distinction by adding his individual expression to an existing expression or his style and tools that sometimes stem from randomness of the soul and sense of himself and others and indirectly reach people and broadcast communication, cosmic unity and understanding the other Whether it is art with beautiful pictures, isn’t it.

Princess Hessa bint Salman stressed that universities embrace young men and women in the artistic field, in which the curriculum has become supported by thought and culture, the study of philosophical schools and artistic criticism, and not an aesthetic or professional issue as was the case in the past.

She wished the sons and daughters of the nation to make the Kingdom of Saudi Arabia, which is the Qiblah of Muslims and the cradle of the Qur’an, to be a lantern of light that illuminates the world of pure religion, spirituality, science and technology, culture, peace, love and the unity of feeling for others in the world.

She referred to the efforts of Prince Faisal bin Fahd – may God have mercy on him – the General President of Youth Welfare to establish the first center for teaching plastic arts for women, men and children with an approved certificate in 1402 corresponding to 1982. .

Princess Hessa said, “I am honored to inaugurate the fourth personal exhibition (Haneen) by Professor Mona Al-Qasabi, which includes types of expressive, impressionistic and other art, and its development in the art schools in which she graduated from the beginning of her artistic career, full of originality and stemming from roots and heritage, and at the same time some pictures that touched her spirit from A universal universal language.

Princess Hessa confirmed that the plastic artist, Mona Al-Qasabi, is one of the pioneers of expressive plastic art and the first to open an exhibition of paintings in Jeddah for women and men to display the plastic works of Saudi and foreign artists and graduates of the Saudi Center for Fine Arts. She explained that perhaps she hides the features of the images of her inspiration behind him and the ability of this type of art to express indirectly.. Perhaps it was considered the outlet for them until we are at this time when there are no obstacles limiting the horizons of the various Saudi women and their launch in the field of expression in plastic art and literary writing The directness of novels, theatre, and others, and in all fields of art, women have also become involved in different dynamics, such as abstract art (installation), statues, and photography.”

Princess Hessa concluded her first and last thanks to “the patron of our renaissance, the Custodian of the Two Holy Mosques and his faithful Crown Prince, may God preserve them.” She also extended thanks and appreciation to the veteran artist Mona Al-Qasabi and the first generation of scholarship and non-scholarly plastic artists who “contributed and strived to see their paintings at the Biennale and Jax that Riyadh is proud of today, May God have mercy on those who did not see this artistic celebration with his work, such as Professor Muhammad Al-Saleem, the artist Abdel Halim Radwa, and many others, as well as the supporter of culture, art and youth, Prince Faisal bin Fahd bin Abdulaziz, may God have mercy on him, who brought us their paintings that are now acquired in the most prominent exhibitions around the world.

The artist, Mona Al-Qasabi, expressed her sincere thanks and appreciation to Princess Hessa bint Salman for sponsoring her fourth personal exhibition.

Dr. Ahmed Mater said, “The Saudi Center for Fine Arts is considered one of the first centers that contributed early and distinctly to the renaissance of the movement of visual arts and on a continuous basis… Artist Mona Abdullah Al-Qasabi contributed to her art and founding the Saudi Art Center for Fine Arts in taking art as a form of art. Human expression, and a means to enrich the human experience, cultural expression, education and even social change, it affects life in one way or another.. The artist’s exhibition Al-Qasabi comes to celebrate her work at a time when art has become a celebration and a mirror of our history, culture and the diversity of our heritage at this special moment.”