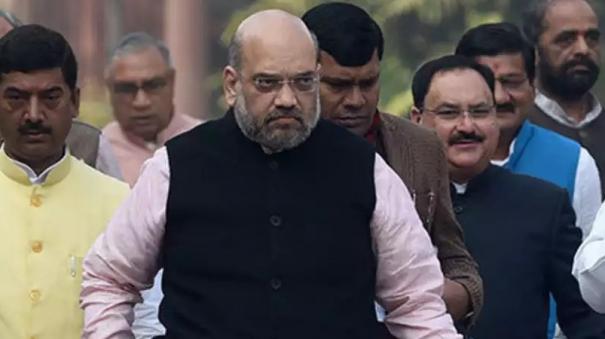 New DelhiUnion Home Minister Amit Shah has said that those who have completed 4 years of service in the three forces will be given priority to join the Central Auxiliary Forces and the Assam Rifles.

The Union Cabinet yesterday approved a new scheme called ‘Agni Path’ to select soldiers for the Army, Navy and Air Force. Accordingly, both sexes between the ages of 17.5 and 21 can join the three forces. Current educational qualifications and fitness practices will be followed. Those who join the new program will be called Agni Warriors. They have to serve 4 years on contract basis. You can apply for a permanent job after completing 4 years of service. It has been said that they will be offered permanent employment based on their ability.

In this context, Union Home Minister Amit Shah said on his Twitter page yesterday, “Prime Minister Narendra Modi’s introduction of the Agni Path project is welcome, considering the better future of the youth. The Home Ministry has decided to give priority to Agni soldiers joining the Central Auxiliary Forces and the Assam Rifles who will complete 4 years of service under this scheme. ”

In another Twitter post, he said, “With this decision taken by the Home Ministry under the guidance of Prime Minister Modi, the trained youth (Agni soldiers) will be able to continue to serve to protect the country. A comprehensive plan will be drawn up to implement this decision, ”he said.

There are now more than 73,000 vacancies in the Auxiliary Forces and the Assam Rifles. The Union Home Ministry believes that recruiting 4-year-olds in the three forces will save time and money on training. That is why this decision is said to have been made.