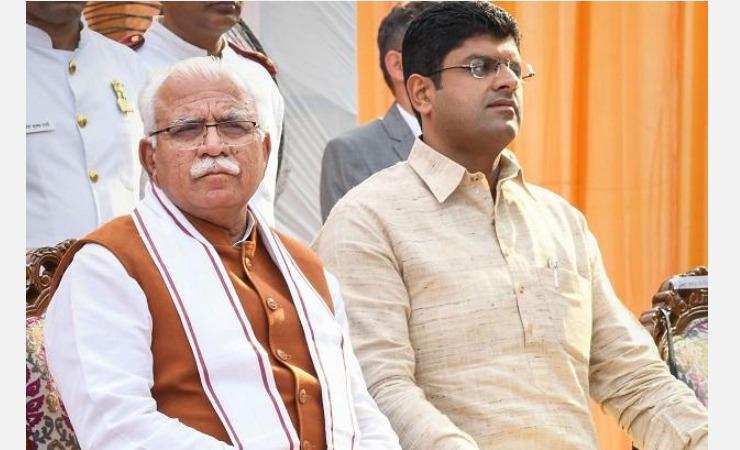 
Opposition against the ruling BJP government in Haryana Congress Party, Hopeless resolution Has decided to bring. Meet the Governor to convene a special meeting in this regard Congress The party has appealed.

Due to the peasant struggle that has developed on a large scale in the state, the ruling BJP in the state Manohar Lal Katar Two independent MLAs who had been supporting the government have expressed dissatisfaction and withdrew their support.

In the 90-member Haryana Assembly, the BJP has 40 seats and the Democratic Janata Party has 10 seats. Both parties have formed an alliance and are in power. Some of these independent MLAs are supporting the BJP government. So, with more support for the BJP coalition than the required 46 seats for a majority, the regime has no problem. Two independent MLAs who had expressed support for the coalition have withdrawn their support.

This was followed last week by a former chief minister who met with the governor Congress Party leader Bhubaneswar Singh Hooda said, “Ruling BJP government Having lost the majority, Hopeless resolution We demand. For that, a special legislature should be convened, ”he said.

In this context, former Chief Minister Bhupendra Singh Hooda said in an interview yesterday, “Against the ruling BJP-JVP alliance in Haryana. Hopeless resolution We are about to bring. Two independent MLAs who had expressed support for the Haryana government have withdrawn their support.

Only when a resolution of no confidence is demanded will it be known who will be with whom. Appeal to the Governor in this regard, Hopeless resolution We are about to bring. We demanded that the Special Legislature convene a meeting. Agricultural laws, the support of the people on the issue of farmers Manohar Lal Katar Lost. “

Meanwhile, the budget is scheduled to be tabled in the Haryana Legislative Assembly on March 5.

Does Apple have to allow users to download apps from outside the App Store?

Ernesto Jiménez talks about his experience in Latina: “I left unhappy, it was humiliating”

A special mission.. What is the impact of the Renaissance Dam on Egypt and Sudan?

Good news for movie fans .. Theaters have been opening in Telangana ever since ..