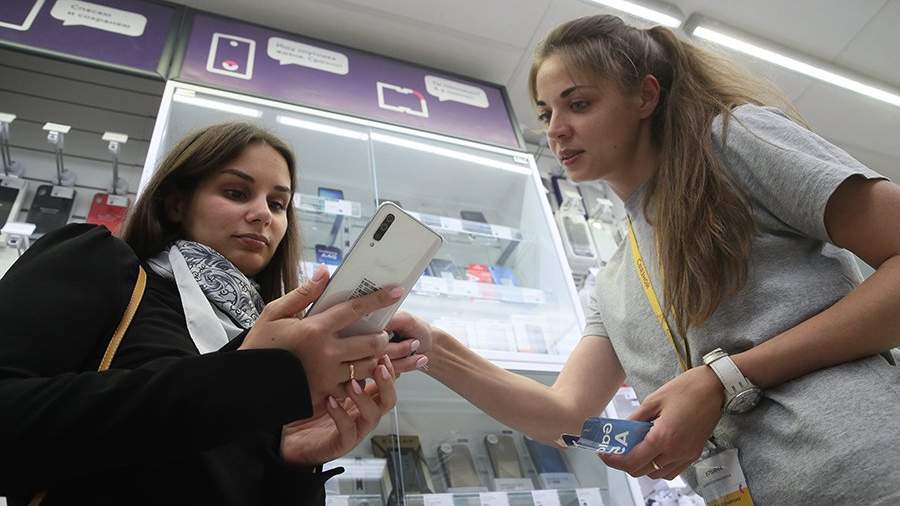 The process of price reduction for certain categories of goods due to the strengthening of the ruble could be observed already in April: according to Rosstat, as of April 22, for three weeks in a row, TVs, smartphones, a number of medicines have been declining in price, which in the first half of March against the backdrop of a sharp increase dollar exchange rate has risen significantly. Mikhail Bespalov, an analyst at the investment company KSP Capital UA, told Izvestia about this on Saturday, May 7.

In early March, the exchange rate of the US dollar and the euro on the Moscow Exchange exceeded 100 rubles, the historical maximum was reached on March 9, when the dollar cost 120 rubles, and the price of the euro exceeded 127 rubles. Later, against the backdrop of the decision of Russian President Vladimir Putin to transfer payments for gas for unfriendly countries into rubles and the introduction by the Bank of Russia of a requirement for the mandatory sale of 80% of foreign exchange earnings for commodity exporters, the Russian national currency began to strengthen. So, on May 4, the exchange rate of the European and American currencies fell to record levels since the beginning of 2020: the euro fell below 70 rubles, the dollar – below 67 rubles.

“Nevertheless, price cuts are often not as fast as many would like. This is due, among other things, to the fact that, despite the strengthening of the ruble, there may be problems with logistics, which may complicate the delivery of goods to the Russian Federation,” Bespalov said.

In addition, although the exchange rate of the dollar has fallen from its March peaks by more than 45%, this is largely due to the measures that the Central Bank introduced at the end of February and March and which continue to operate now, the analyst said. Although the repetition of such sharp exchange rate movements that were observed in March is unlikely, after the gradual easing of restrictions by the regulator and the government, the exchange rate of the Russian national currency may weaken, the expert believes.

Freedom Finance analyst Vladimir Chernov told Izvestia that against the backdrop of the strengthening ruble, all imported goods are becoming cheaper, as they are purchased in foreign currencies. Among other things, Russian goods with imported components or made from foreign raw materials should become cheaper, as their cost will decrease, he noted.

At the same time, against the backdrop of a shortage of many goods due to failures in logistics, its rise in price due to high energy prices and record inflation, one should not expect a strong decline in prices for imported goods, Chernov said.

“Inflation is breaking records in many countries, so imported components or raw materials become more expensive even before they reach the Russian Federation. Prices for many goods are approaching the levels of the first half of February, but they are not getting cheaper than they were at the beginning of the year,” the analyst explained.

So, according to him, with a sharp fall in the exchange rate of the ruble in stores, they immediately began to change the price tags for electronics, smartphones, computers, household appliances, paper for office equipment, diapers and much more. Since delivery channels were established, the prices for these goods directly depended on the exchange rate, they were raised along with the fall of the ruble by 30-50%, he added. Now goods are getting cheaper by 20-30%, so relative to March-April, we can talk about a significant reduction in prices, but relative to January-February, their growth is still observed, the source stated.

Thanks to the government’s permission for parallel imports, the ruble exchange rate will also directly affect those categories of goods whose manufacturers have closed their business in Russia, the analyst said. At this stage, they primarily include smartphones, personal computers and laptops, household appliances and other scarce goods, he added. There are a number of other goods that will become cheaper thanks to the actions of the Cabinet. Thus, restrictions on the export of timber will lead to lower prices for furniture, he predicted. Restrictions on the export of fertilizers and grains should have a positive impact on prices for some categories of food products, the specialist added. In addition, the Ministry of Industry and Trade has limited the margin for the domestic market for metals, which means that products made from them will not grow at a rapid pace, Chernov concluded.

Viktor Tunev, chief analyst at Ingosstrakh-Investments Management Company, believes that by default all goods should fall in price – in the vast majority of imports, prices are set in hard foreign currency – dollars or euros. At the same time, dynamics will differ in different categories. Goods with fewer import restrictions and more competition will fall more in price: food, household appliances and electronics, he said.

On the other hand, prices rose not only due to the depreciation of the ruble, but also due to rising world prices, lack of supply and higher logistics costs, the analyst said. Thus, car prices have risen much more and in the future could have declined significantly if not for the cessation of supplies of most brands to Russia, Tunev stressed.

“The Bank of Russia predicts an average increase in import prices of up to 30% in US dollars for 2022 (if we compare the dynamics of nominal and real imports from the medium-term forecast of April 29, 2022). Therefore, even a 10% strengthening of the ruble by 2021 may not have much effect on final prices in rubles,” he concluded.

Alexey Vyazovsky, vice president of the Golden Mint Company, an expert on financial markets, said that gold would become cheaper, both in coins and in bars.

“The price of this precious metal in Russia is subject to a very simple formula: the London fixing in dollars multiplied by the dollar/ruble rate on the Moscow Exchange. It is according to this formula that the Central Bank quotes the price in grams of the 999th sample on its website. Accordingly, when the ruble strengthens, the yellow metal becomes cheaper,” he said.

The expert added that over the past month, the price of the most common gold coin – “George the Victorious” weighing 7.78 g – has decreased by more than 5 thousand rubles and, according to May 5, was worth about 46 thousand rubles.

On May 6, the Ministry of Industry and Trade approved a list of 96 points for parallel imports, that is, product categories of brands, the import of which will be legalized in Russia without the permission of the copyright holder. Currently, copyright holders sell products either themselves or through an exclusive supplier. This type of import does not mean the legalization of counterfeit goods, but involves the import of original goods through alternative channels.

In addition, from March 10 to September 10, 2022, the Central Bank introduced a temporary procedure for cash transactions for legal entities and individual entrepreneurs. During this procedure, resident companies and individual entrepreneurs can receive cash in US dollars, Japanese yen, pounds sterling and euros up to $ 5,000 to pay for expenses on foreign business trips.

The Central Bank took such measures because of the sanctions of the Western countries, which Moscow faced against the background of the operation to protect the Donbass.