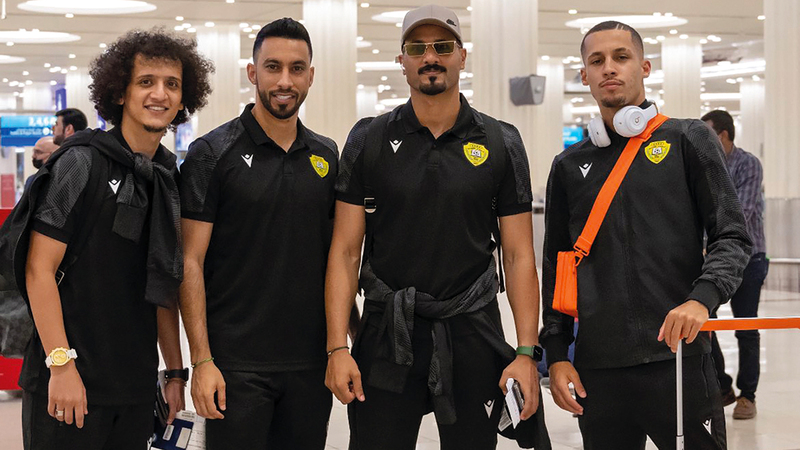 The delay of the professional league clubs in announcing their official shirts greatly affects their marketing aspects in all transactions, especially since the lack of availability of club shirts for sale reinvest the clubs back to the zero point, as it is assumed that the revenues of the teams’ shirts will be in second place after television transmission. .

Professional clubs seek to pay attention to the marketing aspects of distributing and producing official and marketing clothing and accessories, in addition to opening, managing and operating sales centers, and putting them in particular in their official stores. Most of the shirt sales are after the launch of the new shirt shape before the start of the new season.

On the other hand, the situation is different for international clubs, especially European ones, which began preparing for the 2022-2023 season, by announcing their new shirts, as the clubs try in their designs for shirts to please the fans, as these shirts are of great importance, whether at the level of the fans or at the club level. At the club level, changing shirts has become important in order to increase financial income through annual sales of new shirts, and on the fan side, fans want to acquire what represents their favorite club.

For his part, a specialist in sports clothing for clubs, Ahmed Al-Balushi, said that most of the professional league clubs do not properly benefit from one of the most important marketing elements that generate great income for the clubs, which is the sale of official shirts to them in a manner commensurate with their importance.

He explained to “Emirates Today” that the last season witnessed many aspects that do not express that the clubs deal professionally with the marketing aspects of their official shirts, noting that “some clubs relied on the old shirts that they participated in in the 2020-2021 season, during the period of The preparation is in addition to the use of these shirts in the first four rounds of the league last season, due to the delay in resolving the file of the season’s shirts in the correct time.”

He added: “More than one team fought last season with different shirts in a way that is not appropriate for a team participating in the professional league, while the same thing is repeated in preparing for the next season by not announcing any team yet for its official shirts for the new season.”

Al-Balushi pointed out that international clubs deal differently and professionally with their shirts, and said: “The big clubs rely heavily on their shirts to increase sales and obtain a large financial return in return for the fans’ loyalty to them and their desire to acquire new shirts as soon as they are released, so the big clubs decide The file of approving its new shirts for the next season is a full year before the start of the season, which means that, for example, the clubs of the Spanish League and the English Premier League chose their shirts for the 2023-2024 season, although the 2022-2023 season has not started yet.

He concluded: “We see many leaks of the shirts of the big clubs in the month of December, even though the season is not over, because of the importance of this file for the public who follow any new news about the shirts of their favorite clubs, while many clubs wear the shirts of the new season in the last rounds of the current season, This is in the context of promoting the new shirts, and obtaining the largest financial return from selling the shirts.”

Club shirts last and next seasons