Prohibition of Conversion Act: Passed in the Karnataka Legislative Assembly 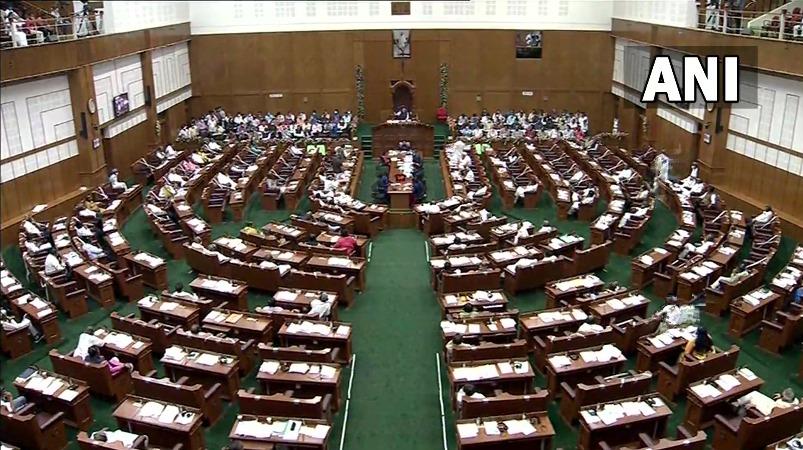 Belgaum: The Prohibition of Conversion Bill in Karnataka was passed in the Assembly today.

In the state of Karnataka, there were complaints that the Scheduled Castes and the poor were increasingly converting. Three Christian priests have been arrested on charges of forcible conversion. The Government of Karnataka has directed the District Collectors to collect information on converts in the last 5 years. This was followed by a haircut to bring in a mandatory anti-conversion law.

This aroused opposition among Christians. Archbishops and religious leaders from Karnataka met Chief Minister Basavaraj Pomma and demanded that the law not be enforced. Opposition parties, including the Congress, the Communist Party of India and the Republican Party of India, have strongly opposed the move.

In this context, the bill was passed in the Karnataka Legislative Assembly today. Earlier in the day, the Congress party had strongly opposed the bill in a debate in the Assembly.

But former chief minister Chidramaiah accused the draft bill of 2016 of being completely different from that of the current BJP government.

Speaking on the occasion, Karnataka Chief Minister Basavaraj said, “We know the situation of SC and ST people. They are the ones who are neglected and vulnerable. The purpose of the bill is to protect the SC, ST communities and women. “

During the discussion, Karnataka Rural Development and Panchayat Raj Minister Eeswarappa said, “We are all from the RSS. The RSS taught us to save this country, religion and culture. That is why we are doing this, ”he said.